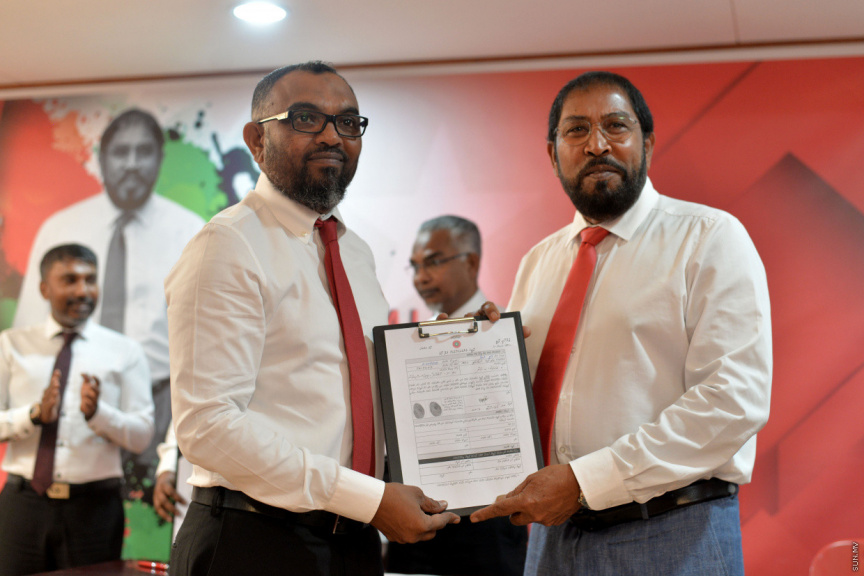 He replaces Hussain Rasheed – former State Minister for Health – who had resigned from his post as JP secretary-general to dedicate himself to his post as a World Health Organization (WHO) representative.

Ali Arif, who had previously served as Progressive Party of Maldives (PPM)’s spokesperson had defected to JP on August 26.

He had praised Qasim Ibrahim after signing with his party, and expressed confidence Qasim Ibrahim would win the next presidential election.

Ali Arif had previously been a senior leader of PPM, and had also served as the deputy leader of the party’s parliamentary group.