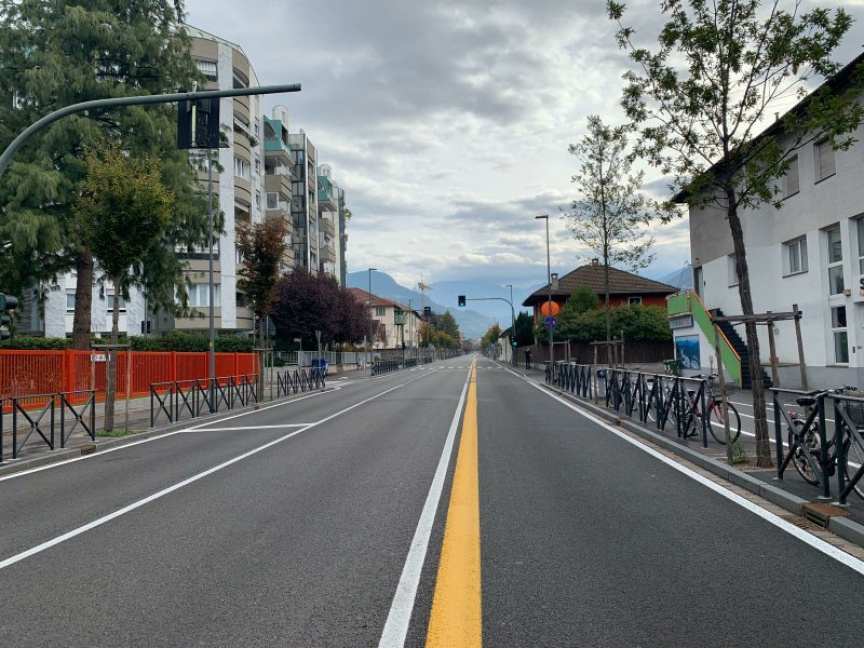 A view of a deserted road in the northern Italian city of Bolzano, Sunday, Oct. 20,2 019. Italian authorities have evacuated 4,000 people from the center of the northern city of Bolzano to defuse a World War II bomb found during construction. The news agency ANSA said the bomb was defused during a three-hour operation Sunday morning. (G.news/ANSA via AP)

MILAN (AP) — Italian authorities evacuated 4,000 people from the center of the northern city of Bolzano on Sunday to defuse a World War II bomb found during construction.

Three experts defused the 500-pound American bomb during a three-hour operation that also forced 60,000 people to stay in their homes and closed sporting complexes and churches, the news agency ANSA reported.

An alarm signaled the all-clear to reopen the city center just before noon, as well as a nearby north-south highway and rail line both connecting Italy with Austria and Germany.

The bomb was found close to the city’s central cathedral and not far from the train station — the likely wartime target — during excavation work for a new shopping center.

The online news site Neue Suedtiroler Tageszeitung said after being defused, the bomb was brought to a secure site nearby for a controlled explosion.

Alto Adige was part of a broad swath of northern Italy that remained under Nazi occupation long after Italy’s 1943 surrender to the Allies.