Spain looking for a partner for Ramos in defense 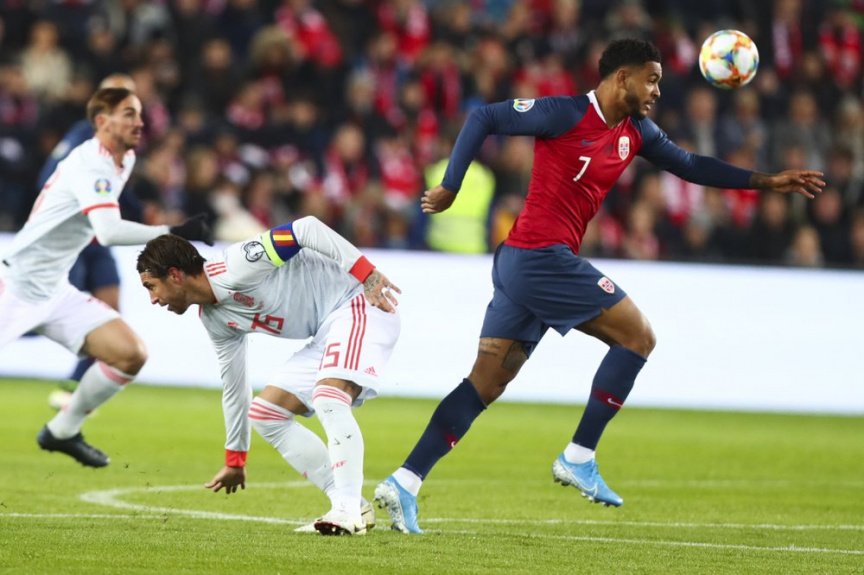 MADRID (AP) — Sergio Ramos and Gerard Piqué were the pillar of Spain’s defense for years and were crucial to the team’s success over the last decade.

The central defenders formed an uncontested duo that helped “La Roja” dominate world football, winning the World Cup in 2010 and the European Championship in 2012.

But since Piqué retired from the national team after last year’s World Cup, Spain has struggled to find a reliable partner for Ramos in defense.

The 33-year-old Ramos has been with the national team since 2005 and set a record for most appearances with Spain on Saturday, in the team’s 1-1 draw at Norway in qualifying for the 2020 European Championship. He surpassed Iker Casillas’ mark by playing in his 168th match with the national team.

Ramos has been surrounded mostly by newcomers since Piqué decided to focus on his time with Barcelona, and none has taken over as an indisputable replacement.

One of the most experienced defenders who made it to Spain’s squad recently is 34-year-old Raúl Albiol, who has little more than 50 appearances with the national team.

Against Norway, it was only the second time Albiol partnered with Ramos. Despite a decent performance by the Villarreal defender, Spain could not hold on to a late lead, conceding an equalizer in stoppage time to postpone Spain’s qualification for Euro 2020.

Iñigo Martínez was another central defender who played against Norway, replacing left back Juan Bernat in the final minutes to try to aid the defense near the end.

“La Roja” will get another chance to qualify on Tuesday when it visits Sweden, when coach Robert Moreno will have an even greater challenge to overcome as Ramos will not be available because of suspension.

Other recent partners for Ramos include Nacho Fernández, Mario Hermoso and Diego Llorente. Also called up after Pique’s departure were Unai Nuñez and Pau Torres, the 22-year-old Villarreal defender touted as a future star but who is yet to make an appearance with the national team.

“When I was younger I looked up to defenders like Gerard and Sergio,” Torres said. “For me it’s a privilege to be able to share the changing room with Sergio Ramos and to learn from him and from the other defenders on the team.”

Ramos, Spain’s longtime captain, recently also surpassed Casillas’ record for most wins with the Spanish national team. He hasn’t talked much about his own retirement, although some rumors surfaced when he recently admitted to the possibility of joining Spain’s Under-23 squad to play in the 2020 Tokyo Olympics.

Moreno said he sees the possible attempt by Ramos as a way for him to stay motivated and add to his already successful career.

“It would be unfair to keep players in the national team only because of their names,” Moreno said. “They would be the first to say that they don’t want to keep playing if they are not at a high level.