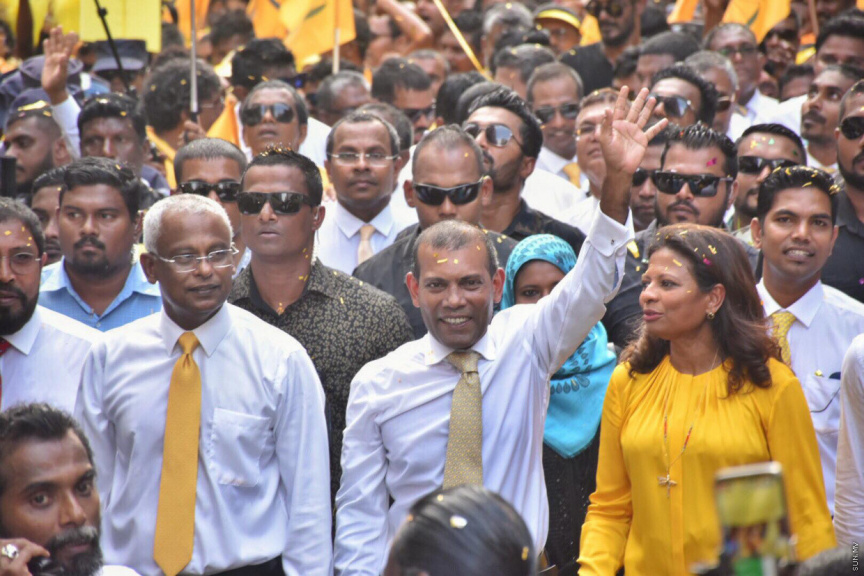 Former President Nasheed has officially kicked off his campaign for the presidency of the governing MDP. (Sun Photo/Mohamed Muzayyin Nazim)

Former President Mohamed Nasheed has announced that he will seek re-election to the Presidency of the governing Maldivian Democratic Party (MDP) after his term as the party President lapsed.

The post of party President and Vice President is currently empty after the terms for both posts expired, and applications will be accepted until noon next Saturday.

The former President and current Speaker of the Parliament tweeted the announcement that he will take part in the election for a second term and asked his supporters to vote for him.

The election will be on November 22 and can only be voted by members who join MDP by next Saturday.

While former President Nasheed announced his candidacy, his supporters had begun campaigning for his re-election. Nasheed received around 33,709 votes in the last party presidency election out of the 57,204 people who were eligible for the vote.

107 to contest for city councilor seats in MDP primary

India to provide a fast interceptor craft to Maldives