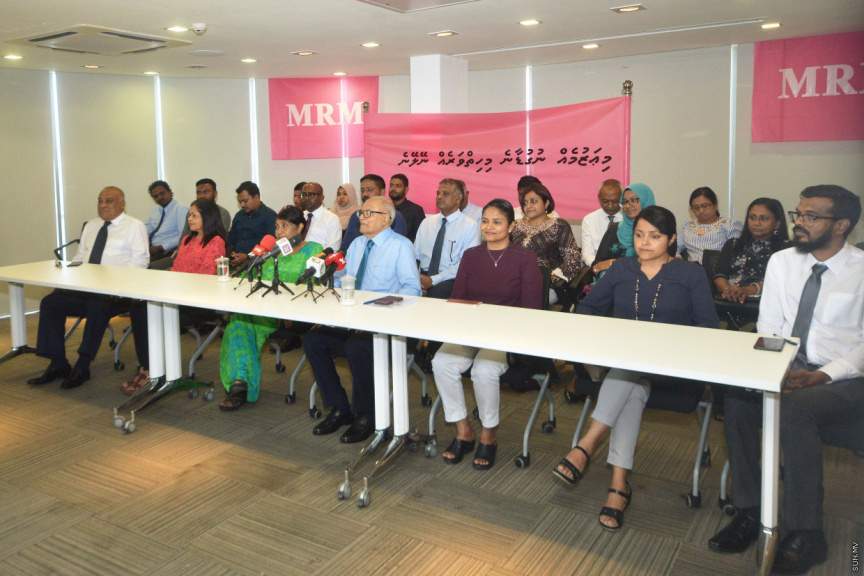 An event to officially launch Maumoon Reform Movement (MRM), the political party with former President Maumoon Abdul Gayoom at the helm will be held on November 7.

Former President Maumoon announced his intentions to create a political party last January and permission to form the party was issued by the Elections Commission twice with the latest permit issued on October 2.

One of the leading figures of the party, Abdul Aleem Adam stated to “Sun” today that an event where the party will be officially launched is scheduled for November 7. The event will see the launch of the party regulations, flag, and logo. A temporary council to oversee the party functions will also be held at the event held in Dharubaaruge, according to Abdul Aleem.

The law that governs political parties states that a meeting to finalize the party manifestos and general regulations should be held within six months of submitting the signatures required for party registration to the Elections Commission. This meeting should be attended by at least 300 of the people who initially registered for the party. A list including the names, addresses, ID card numbers, contact details and signatures of the 300 people must be included in the meeting minutes.

252 recommendations made by AG Office in 10 months