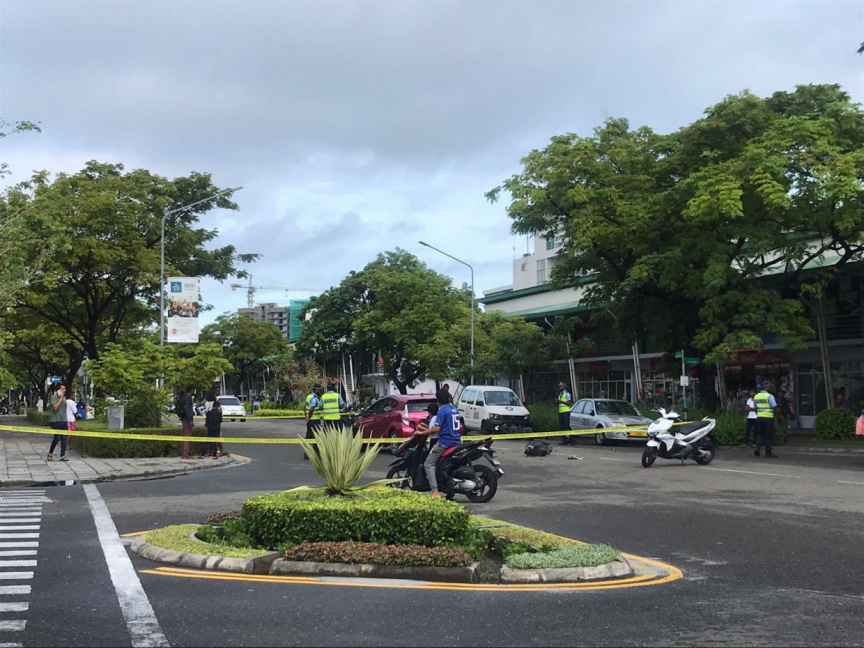 Police at the scene of the accident today. (Sun Photo)

An accident in Hulhumale’ has left two people injured, according to Police.

The accident happened around 7:50 in the morning between a car and a motorcycle on Filigas Magu of Hulhuamle’. The two people injured in the accident was a Maldivian male of 48 years and a Maldivian woman of 41 years, who were on the motorcycle, according to Police.

The two are being treated in Hulhumale’ hospital while no one else was hurt in the accident.

The 27-year-old Maldivian woman who was driving the car did not suffer any injuries, however, the car she was driving was damaged. All three people involved in the accident had their driver's licenses and Police are now investigating the matter.