Nasheed: Aggression over wisdom may lead to civil war in Maldives 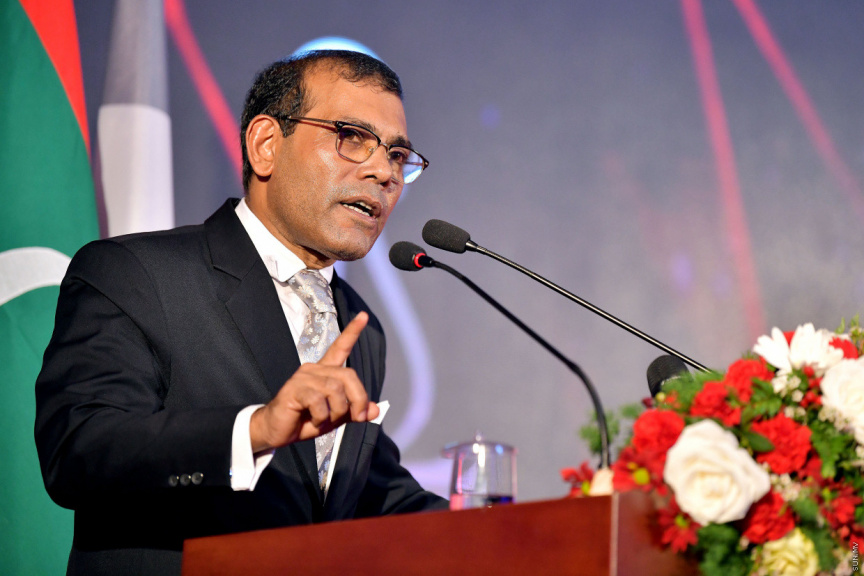 Nasheed made the comment in his speech as chief guest of Ahmadiyya School’s 2018 prize day ceremony on Saturday.

Nasheed said that Maldives, at present, saw calls for aggression in face of differences in opinion in matters. He said that such calls for acts of aggression against parties believed to be guilty of wrongdoings were being made openly.

“You constantly see seemingly peaceful countries on TV which the next instance is shown with half its buildings collapsed and full of bullet holes. Stone heaps everywhere and people forces out of their homes in their towns and cities walking in lines. Children crying in their parent’s embrace. I say never, even for one instance, believe such a thing isn’t possible in Male’. If we don’t guide our actions with wisdom and forethought, I believe, your generation may find itself in the shores of such doom,” said Nasheed.

He said that Maldives was currently at crossroads, and to rise up from current circumstances required everyone’s support.

He said that one wrong decision could have dire consequences for the future of Maldives, and appealed for the entire community to make it their civic duty to find the path to national peace and stability.

“The point where we find it so difficult to take someone’s opinion that its intolerable is the point where difference of opinion leads to unrest. This isn’t a point we want to reach,” said Nasheed.