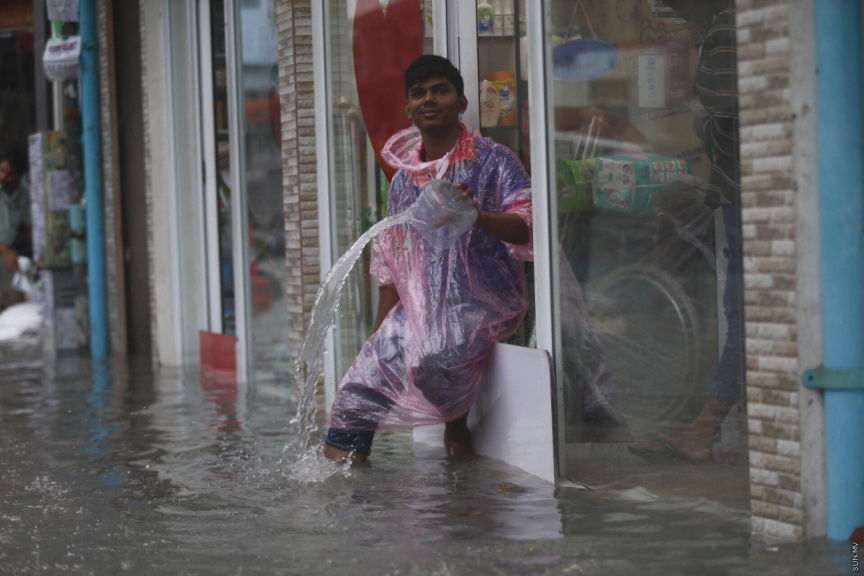 Maler city council has stated that the drainage systems on the roads of Male’ city are cleared and cleaned and are not the reason for the flooding caused in the capital.

Hussain Shareef, member of Male’ city council spoke to “Sun” today and stated that the drains are cleaned regularly.

“Drains in some areas can only be cleaned on weekends since schools are located nearby and would cause inconvenience if conducted on weekdays. The worst-hit is the areas near IGMH. The drains in these areas are also cleaned regularly.” Said Shareef, who also said that it would take less than 30 minutes for the water to recede through the drains.

“Usually, Stormwater pumps are used to deal with the floods. These pumps would drain the water in around 20 minutes.” Said Shareef. He also said that the reason that it took more time for the water to recede maybe due to the heavy rain.

“Some people sweep the construction waste into these drains and that causes us difficulties. The drains become blocked due to such actions.” Said Shareef and pointed out that the drains are cleared regularly since the Council was assigned the task of overseeing the roads of the city.

The capital experienced some heavy rainfall today that caused a lot of inconveniences to the public. MNDF had been operating to drain the water that collected in the Male’ running track area and IGMH hospital area.