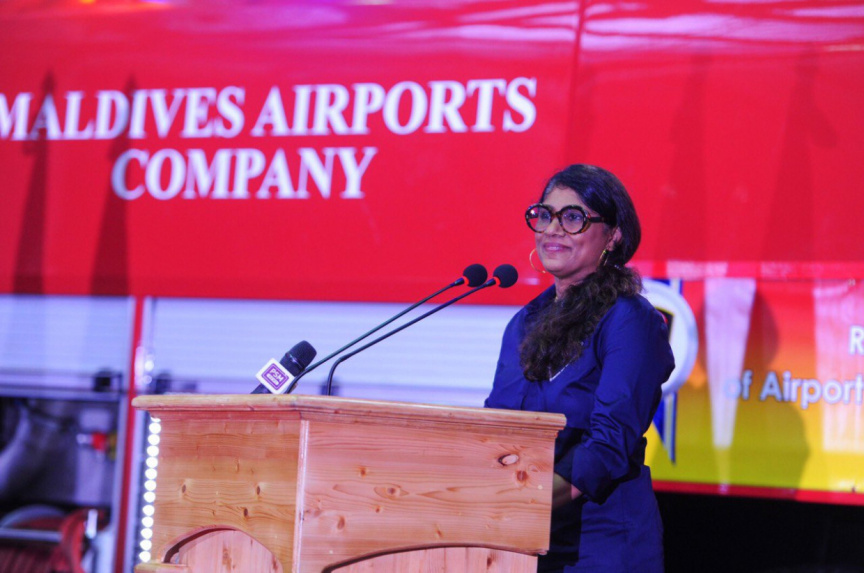 Defense Minister Mariya has questioned the merits of separating the fire and rescue services of the country from the Maldives National Defense Force (MNDF) and establishing it as a separate civil service.

The fire and rescue services currently operating in the country work as a separate special unit within MNDF. However, the recent repeated incidents of a fire occurring in the country have led some people to question whether the fire services should be separated from the army.

These opinions were addressed by the Minister at the ceremony celebrating the bravery and hard work of Airport Fire and Rescue Services in battling and extinguishing the devastating Henveiru fire in Male’ city a few weeks ago.

The Minister stated that the number of resources that have to be divided to establish a separate civil service providing fire and rescue services in every island in the country will be too much to bear. The Minister then stated that complaints were received that the Fire and Rescue Services were not receiving the adequate aid it needs because it operated under MNDF.

She also stressed that such a move to separate the fire department would see funds that could be used for housing and sewerage projects could be diverted.

“Fire incident might occur in short periods. However, these incidents may not happen for ages even. MNDF officers also carry out other tasks and are not solely focused on fire incidents.” Said the Minister