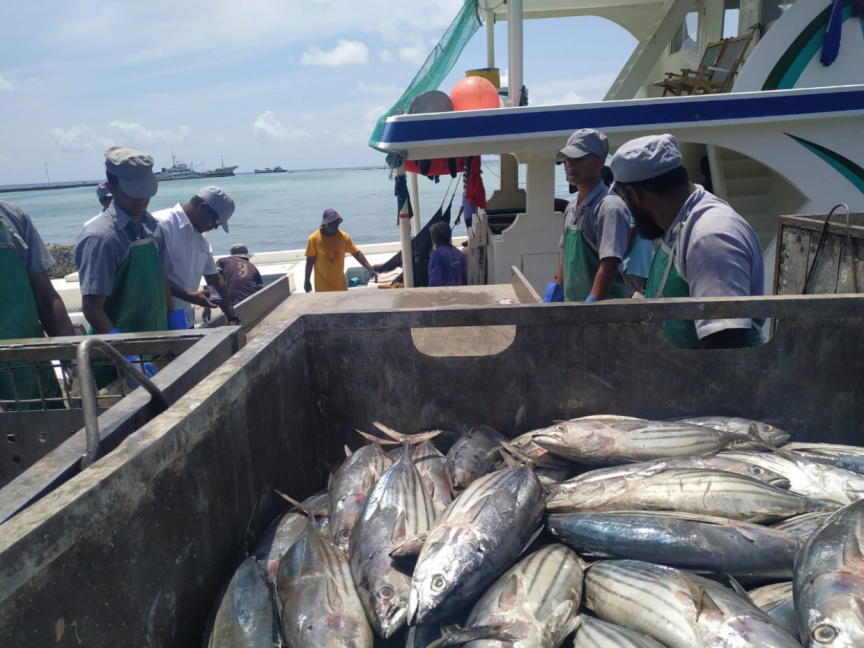 'The government has decided to temporarily permit private companies to purchase fish due to the increased supply of fish in the market.

Fishermen in the central region of Maldives are experiencing extremely good weeks at sea that have seen a surplus in the number of fish caught. This has led to fishermen from the South Huvadhu Atoll and Addu Atoll to travel to these regions as well.

Felivaru, the main fish processing plant in the North of the country has reached its capacity, thus leaving several fishing boats queued up to sell their catch. This can sometimes take six or seven days. Mifco has had to bring in additional boats to deal with the surplus of fish.

The President announced yesterday that temporary permits will be given for private companies to purchase fish to deal with the surplus in the market. He also vowed to develop the Felivaru and Kooddoo complexes and develop Mifco as well.

There is also a high chance that this year will be the year MIFCO's purchases reach the highest, according to the President who also predicted that this would be a very good year for fishermen. He stated that the reason for this could be the limitations placed on trawling using nets for fishing in the Indian Ocean.