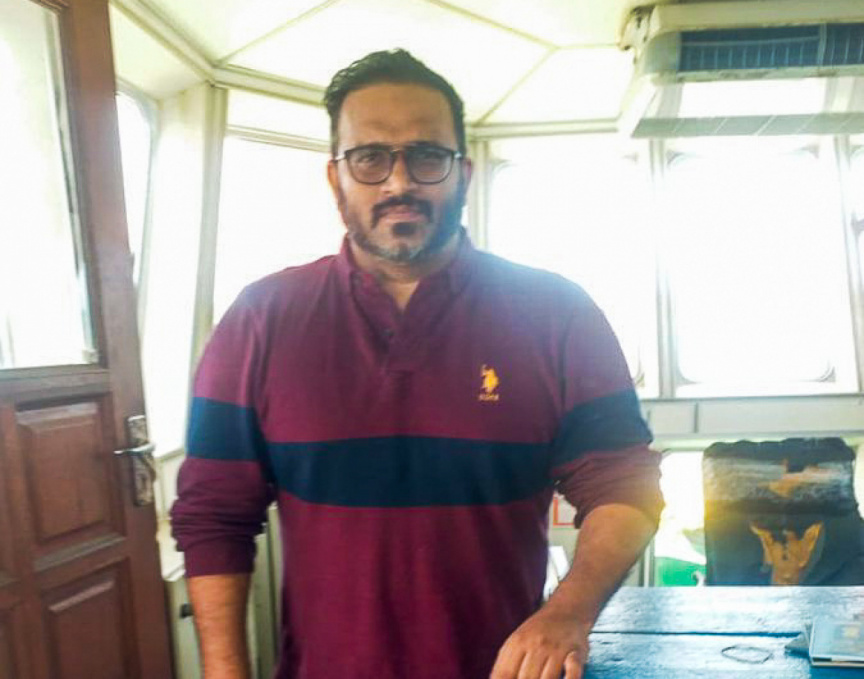 Ex- Vice President Ahmed Adeeb pictured on the tugboat that he was trying to flee the country.

The sentencing hearing of ex-Vice President Ahmed Adeeb's for his attempt to flee the country has been scheduled in the Criminal Court today.

Ahmed Adeeb had attempted to flee the country despite a travel ban order issued by the Supreme Court of Maldives on July 27. He was apprehended by Indian authorities near the Indian port of Tuticorin before he was returned to the Maldives.

Adeeb was charged with obstructing the administration of law by the Prosecutor General on August 27. Adeeb had confessed to the charge during the first hearing of the case held last Tuesday. The second hearing of the case is scheduled for 2:00 today.

Adeeb was charged with Section 533 of the Penal Code, which states that

(a) A person commits an offense if he:

(1) knowingly obstructs, impairs, or perverts the administration of law or other governmental function by

(2) (A) physical interference or obstacle, breach of official duty, or any unlawful act.

(c) The offense is a Class 1 misdemeanor.

The judge noted that since this was a Class 1 misdemeanor, Adeeb would receive a sentence of four months and 24 days in the initial hearing. The sentence would be reduced to three months and 18 days under a confession. Adeeb had also requested his health be taken into account when sentencing and submitted his medical report to the Prosecutors and the judge.

Adeeb had confessed to the crime and even apologized for his actions on the previous occasion. He had stated that he was forced to flee the country due to threats against his life and also stated that his actions would not be repeated.