Study finds the universe might be 2 billion years younger 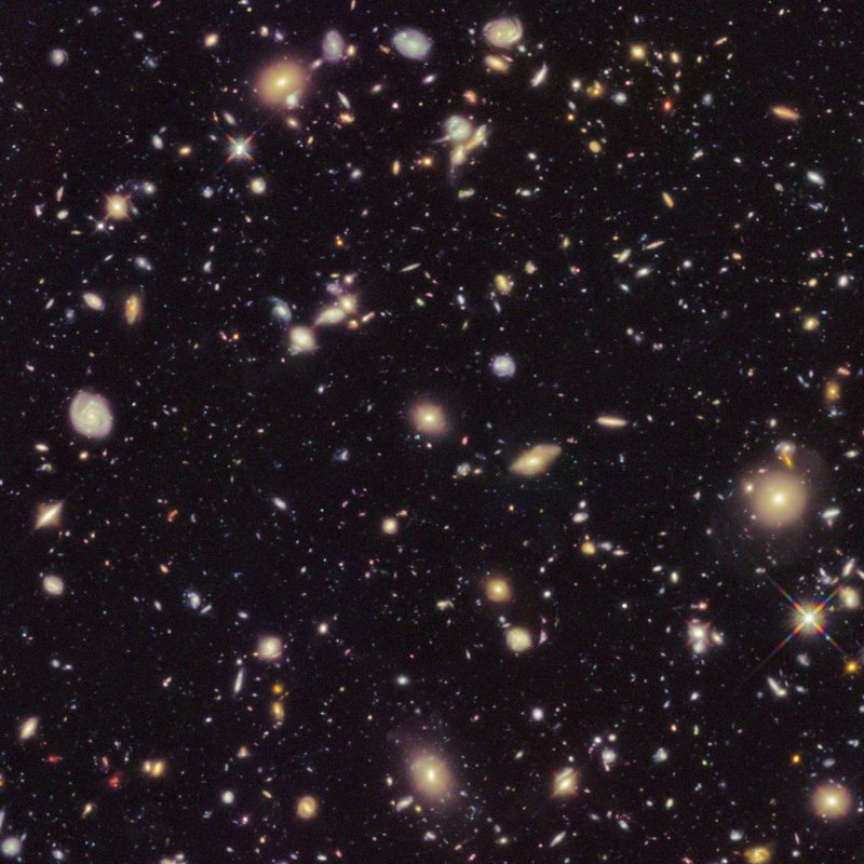 This image made available by the European Space agency shows galaxies in the Hubble Ultra Deep Field 2012, an improved version of the Hubble Ultra Deep Field image. A study from the Max Planck Institute in Germany published Thursday, Sept. 12, 2019, in the journal Science uses a new technique to come up with a rate that the universe is expanding that is nearly 18% higher than the number scientists had been using since the year 2000. (NASA, ESA, R. Ellis (Caltech), HUDF 2012 Team via AP)

WASHINGTON (AP) — The universe is looking younger every day, it seems.

New calculations suggest the universe could be a couple billion years younger than scientists now estimate, and even younger than suggested by two other calculations published this year that trimmed hundreds of millions of years from the age of the cosmos.

The huge swings in scientists’ estimates — even this new calculation could be off by billions of years — reflect different approaches to the tricky problem of figuring the universe’s real age.

“We have large uncertainty for how the stars are moving in the galaxy,” said Inh Jee, of the Max Plank Institute in Germany, lead author of the study in Thursday’s journal Science .

Scientists estimate the age of the universe by using the movement of stars to measure how fast it is expanding. If the universe is expanding faster, that means it got to its current size more quickly, and therefore must be relatively younger.

The expansion rate, called the Hubble constant , is one of the most important numbers in cosmology. A larger Hubble Constant makes for a faster moving — and younger — universe.

The generally accepted age of the universe is 13.7 billion years, based on a Hubble Constant of 70.

Jee’s team came up with a Hubble Constant of 82.4, which would put the age of the universe at around 11.4 billion years.

Jee used a concept called gravitational lensing — where gravity warps light and makes far away objects look closer. They rely on a special type of that effect called time delay lensing, using the changing brightness of distant objects to gather information for their calculations.

But Jee’s approach is only one of a few new ones that have led to different numbers in recent years, reopening a simmering astronomical debate of the 1990s that had been seemingly settled.

In 2013, a team of European scientists looked at leftover radiation from the Big Bang and pronounced the expansion rate a slower 67, while earlier this year Nobel Prize winning astrophysicist Adam Riess of the Space Telescope Science Institute used NASA’s super telescope and came up with a number of 74. And another team earlier this year came up with 73.3.

Jee and outside experts had big caveats for her number. She used only two gravitational lenses, which were all that were available, and so her margin of error is so large that it’s possible the universe could be older than calculated, not dramatically younger.

Harvard astronomer Avi Loeb, who wasn’t part of the study, said it an interesting and unique way to calculate the universe’s expansion rate, but the large error margins limits its effectiveness until more information can be gathered.

“It is difficult to be certain of your conclusions if you use a ruler that you don’t fully understand,” Loeb said in an email.

Most distant world ever gets new name: Arrokoth

Mini Mercury skips across the sun in rare transit