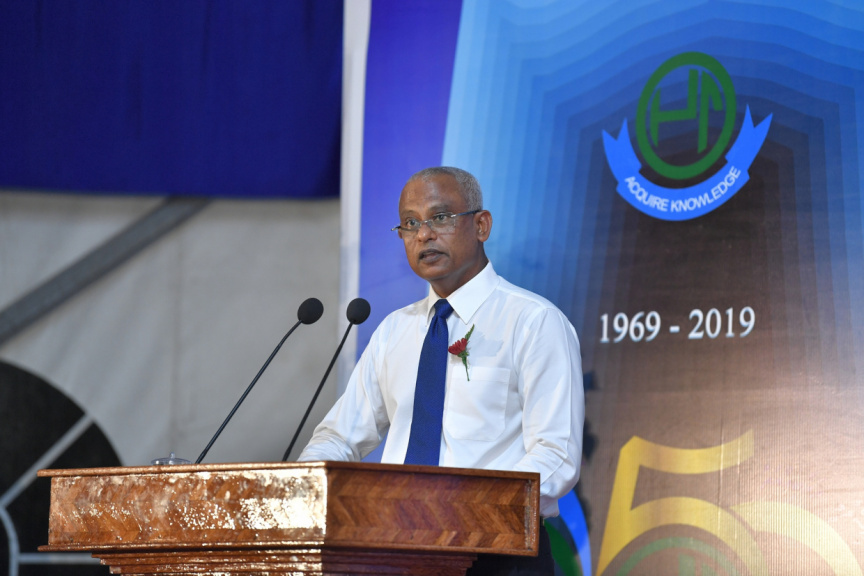 The President visited R. Alifushi and R. Meedho during this trip. During the visit to Meedhoo, the President met with the island Councillors and senior institutional representatives, and later met Ungoofaaru Councillors and held discussions regarding the development of that island.

The President's trip to the Atoll was concluded after the visit to Alifushi, where he also met with council members and senior institutional representatives from the island and the Atoll Council of Raa Atoll.

The President also unveiled a special monument at Alifushi, attended and spoke at the ceremony held to commemorate the Golden Jubilee of Alifushi School.