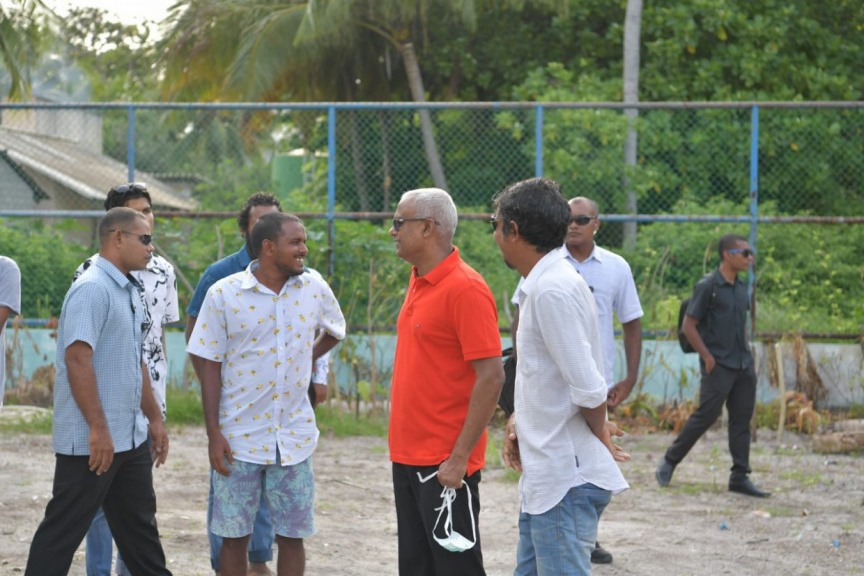 President Ibrahim Mohamed Solih has returned to Male' city after concluding the trip to two islands of Noonu Atoll.