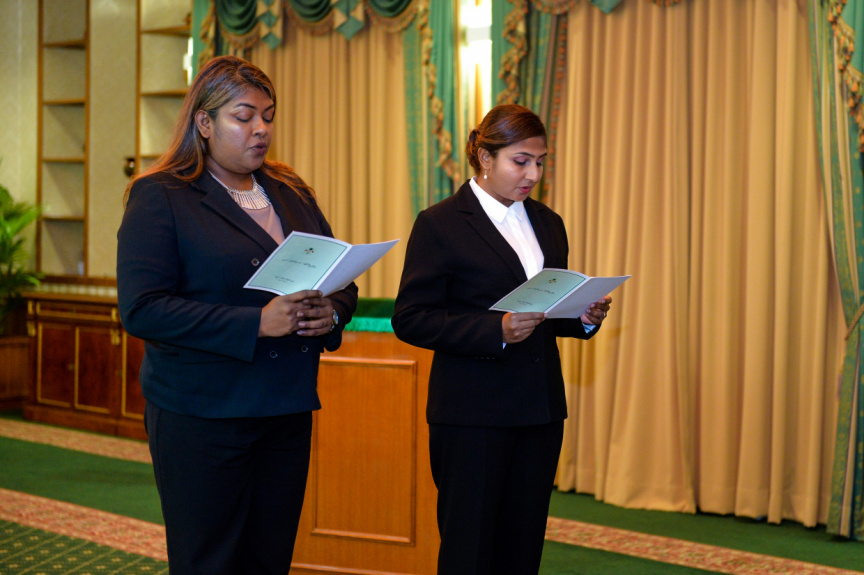 Shujoon and Esmeralda being sworn in as Supreme Court justices. (Photo/President's Office)

The Maldives has seen its first female justices appointed to the Supreme Court.

President Ibrahim Mohamed Solih appointed Dr. Azmiralda Zahir and Ms. Aishath Shujoon Mohamed to the Supreme Court of the Maldives marking a landmark for the country and its judiciary.

The new justices took their oath in a ceremony held at the President's Office by Chief Justice Dr. Ahmed Abdulla Didi.

Shujoon and Azmiralda were approved by the Parliament yesterday and their appointment will see the number of justices on the Supreme Court bench increase from five to seven. Dr. Azmiralda had previously served as a High Court judge while Ms. Shujoon had served as a Civil Court judge.

VP: Work to raise the standard of education underway