Icardi ends troubled period at Inter with loan to PSG 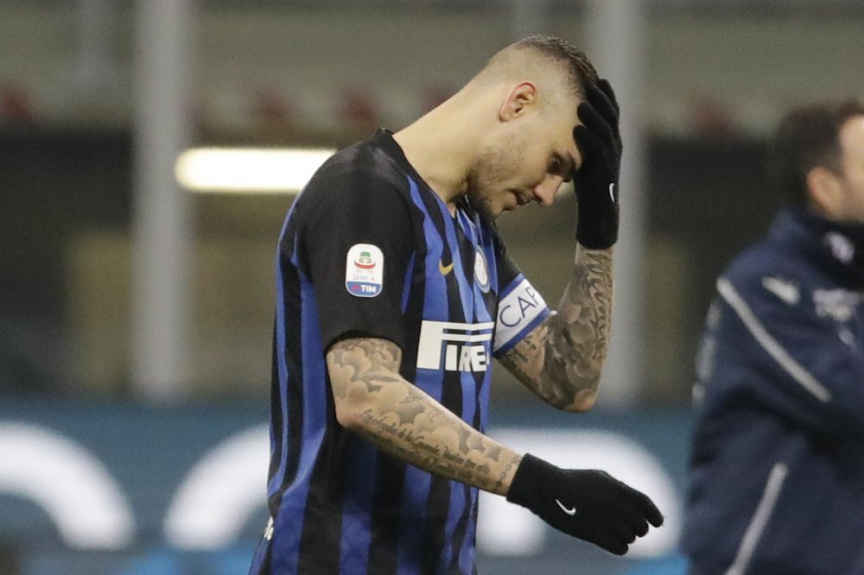 In this Sunday, Feb. 3, 2019 file photo, Inter Milan's Mauro Icardi walks off the pitch at the end of a Serie A soccer match between Inter Milan and Bologna, at the San Siro stadium in Milan, Italy. Mauro Icardi is suing Inter Milan for discrimination, claiming 1.5 million euros ($1.7 million) in damages and to be allowed back into the first-team fold his lawyer confirmed Saturday Aug. 31, 2019. (AP Photo/Luca Bruno, File)

Inter says Icardi is moving to PSG for a season-long loan, after which the French club has the option to make the move permanent.

While financial details were not disclosed, the deal is expected to put Icardi’s price tag at 70 million euros ($77 million) if PSG picks up the option after the free loan.

The problems with Icardi, who was Inter’s star forward, began in January in a contract dispute. The Argentine was then stripped of the captaincy.

Icardi then said he had a knee injury, although the club said tests did not reveal any problem. There then followed a six-week exile before Icardi eventually resumed training, returning to the field for the last weeks of the season.

The 26-year-old Icardi was never included in the plans of new Inter coach Antonio Conte for this season.

The move to PSG is expected to cancel a lawsuit that Icardi initiated last week against Inter for discrimination, claiming 1.5 million euros in damages and to be allowed back into the first-team fold.