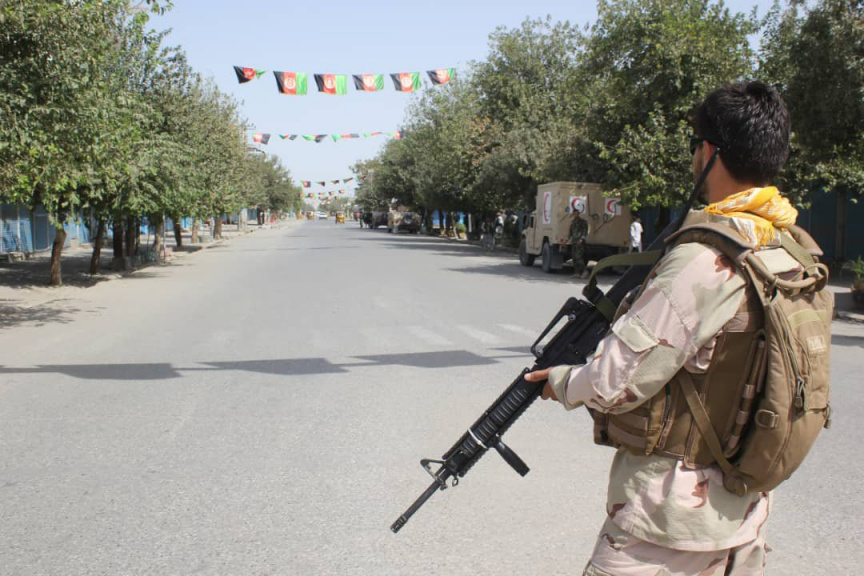 Afghan security forces stand guard during a fight against Taliban fighters in Kunduz province north of Kabul, Afghanistan, Saturday, Aug. 31, 2019. The Taliban have launched a new large-scale attack on one of Afghanistan's main cities, Kunduz, and taken hospital patients as hostages, the government said Saturday, even as the insurgent group continued negotiations with the United States on ending America's longest war. (AP Photo/Bashir Khan Safi)

KABUL, Afghanistan (AP) — An official says the Taliban have launched an attack on a second Afghan city in as many days, even as a United States envoy says the U.S. and the Taliban are at the threshold of an agreement to end America’s longest war.

The spokesman for the Baghlan province police chief, Jawed Basharat, says gunbattles continue on the outskirts of its capital, Puli Khumri.

The attack Sunday comes a day after the Taliban attacked Kunduz, one of Afghanistan’s largest cities, in a neighboring province and killed at least 16 people.

The attacks are seen as strengthening the Taliban’s negotiating position in the talks with U.S. envoy Zalmay Khalilzad.

He is visiting Kabul on Sunday to brief the Afghan government on the details of a deal that is not yet final.