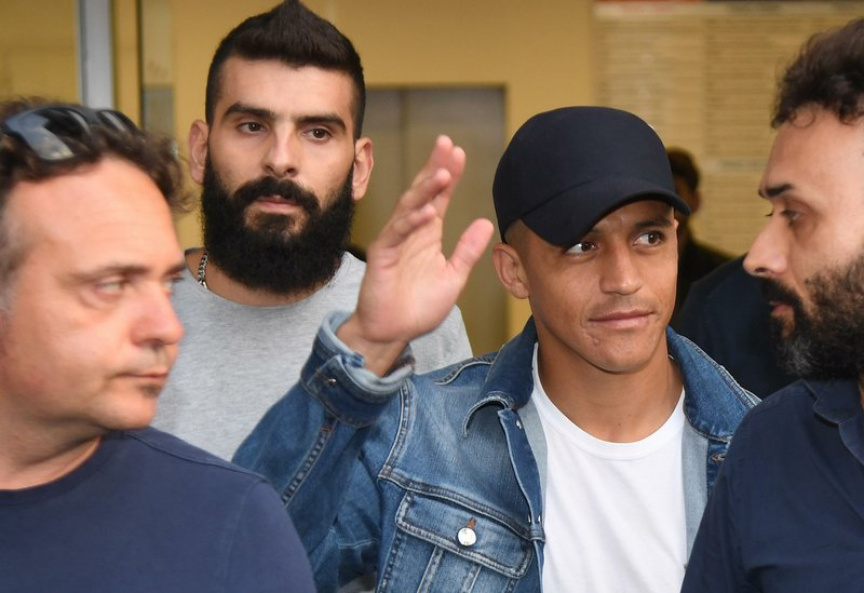 Inter and United both confirmed the season-long deal Thursday.

While financial details were not announced, the teams are expected to both pay a share of Sanchez’s hefty salary — the highest on United’s squad. The Gazzetta dello Sport reports that Inter will pay Sanchez 5 million euros ($5.5 million) per season with United covering the remaining 7 million euros.

At Inter, Sanchez will rejoin former United teammate Romelu Lukaku, who joined the Nerazzurri in a club-record 80 million euro transfer at the start of the month.

Lukaku was among the scorers as Inter beat Lecce 4-0 in its Serie A opener in coach Antonio Conte’s debut on Monday.

For the 30-year-old Sanchez, it’s a return Italy after establishing himself at Udinese from 2006-11.

Sanchez scored only five goals in 45 appearances for United over the last 1 ½ seasons after moving to Old Trafford from Arsenal. He also played for Barcelona.