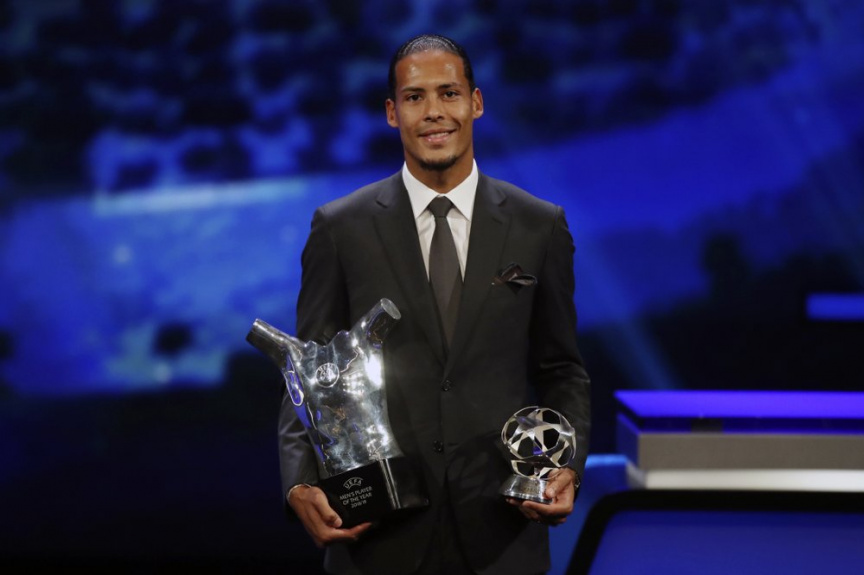 Dutch soccer player Virgil van Dijk of Liverpool holds the award of men's player of the year 2018/19 during the group stage draw at the Grimaldi Forum, in Monaco, Thursday, Aug. 29, 2019. (AP Photo/Daniel Cole)

Van Dijk won the men’s award after helping Liverpool win its sixth European title in June. It is the latest individual acknowledgment for the Dutchman, who was voted player of the year by his fellow professionals in England last season.

Van Dijk, who joined Liverpool from Southampton in 2018 for 75 million pounds (then around $100 million), beat Lionel Messi and Cristiano Ronaldo to the honor at a ceremony in Monaco.

The 28-year-old Van Dijk says he hopes there is now “a little bit more appreciation” for defenders.