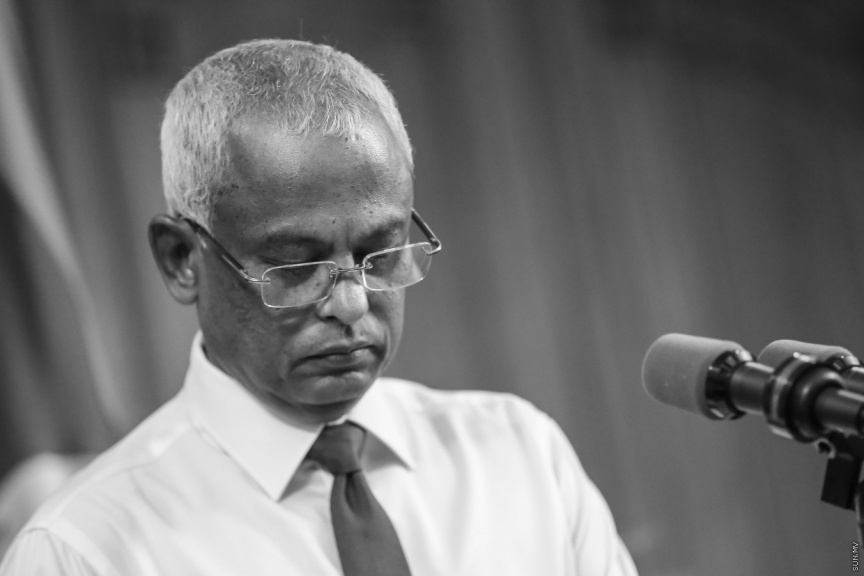 President Ibrahim Mohamed Solih has conveyed his condolences to the families of the five victims of the tragic marine accident off the coast of H. Dh. Hanimaadhoo this Thursday.

In a statement issued via his official Twitter account, Solih said he heard news of the tragic accident with deep sadness.

He conveyed his sincere condolences to the families, and sent out a prayer to guide the victims to heaven, and patience to their families.

Vice President Faisal Naseem has also issued a statement via his official Twitter account conveying his condolences to the families of the victims.

Five people were killed when the speedboat they were on capsized off the coast of Hanimaadhoo. The speedboat had been carrying 10 passengers, and had departed from H. Dh. Nolhivaram at approximately 11:10 am.

The victims were three females, one male, and one child.

Four of the victims belong to the same family. They have been identified as Nolhivaram School’s longest serving teacher Hussain Abdulla, his wife Mariyam Manike, their sole daughter Guraisha Abdulla, 30, and her three-year-old daughter.

The fifth victim has been identified as an adult female who also worked at Nolhivaram School as a teacher.

The remaining passengers have been rescued by the Coastguard, and are being treated at the Hanimaadhoo health center.