EC to allow envoys to bring phones into election center 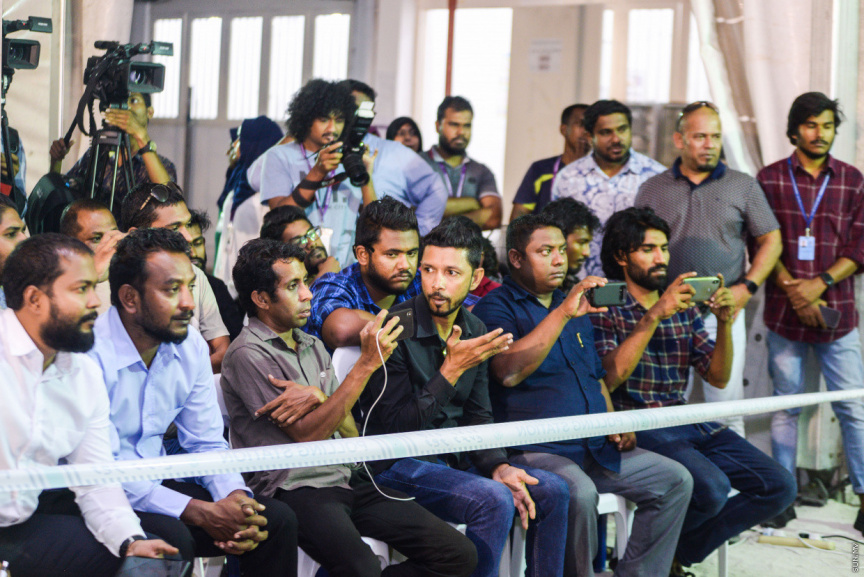 Elections Commission (EC) has announced that it will propose to amend the law to allow mobile phones of envoys of candidates into election centers.

Election law currently states that only monitors and commission officials can only be permitted to take their mobile phones with them into the center.

During a news conference at the Election Commission center in Baa Jamaaluddine, EC president Ahmed Shareef stated that steps to ease the work of envoys of candidates would be submitted and one of these steps was to allow them to take their mobile phones with them into the center.

"Some changes we are thinking of proposing include allowing envoys, observers, and monitors to bring with them papers, files, and lists into the voting center or allowing them to bring with them soft copies of such documents through phone, tablets or ipads," said Shareef.

He also stated that this would make things easier for envoys and increase public faith in elections. His statement was echoed by spokesperson and commission member Ahmed Akram who stated that this was a change that the EC wanted.

"As of right now, the only things that envoys can bring with them are the initial list of voters from islands that the commission publishes, this might be four boxes filled with papers. We are trying to fix this by proposing this change," said Akram.

Candidates have previously raised complained that their envoys were not allowed to bring with them voters lists into the center.

Khaleel: Concerns present, but I will stay with PPM