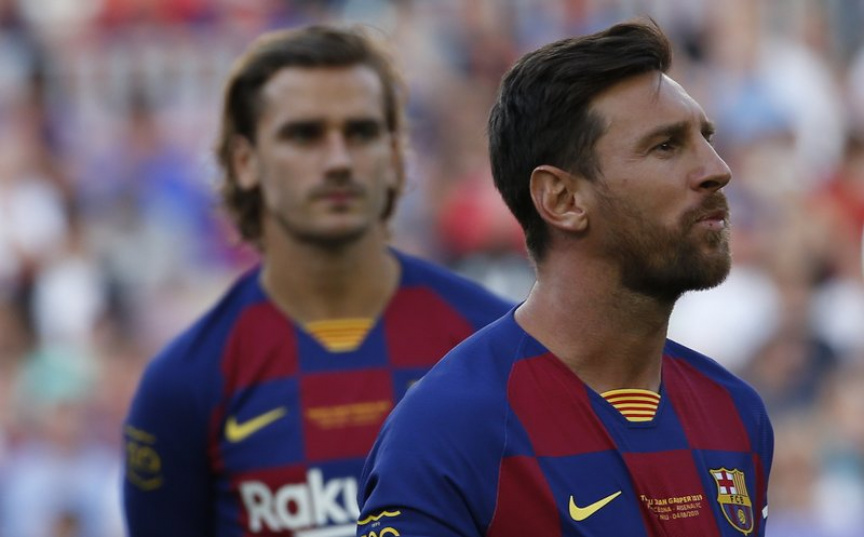 BARCELONA, Spain (AP) — Lionel Messi was back in full training again on Wednesday and may be fit to face Real Betis in the Spanish league on Sunday.

Messi had been training separately from the squad since injuring his right calf in the preseason.

He missed the team’s 1-0 loss to Athletic Bilbao in the league opener on Friday.

Barcelona has not said how long it expects Messi to be sidelined.

Dembele is certain to miss Sunday’s match at the Camp Nou because of a left thigh injury that should keep him out for about five weeks.

Suárez also isn’t likely to play this weekend because of a muscle injury sustained before halftime of Friday’s game in Bilbao.

Messi hits back at club director who criticized players