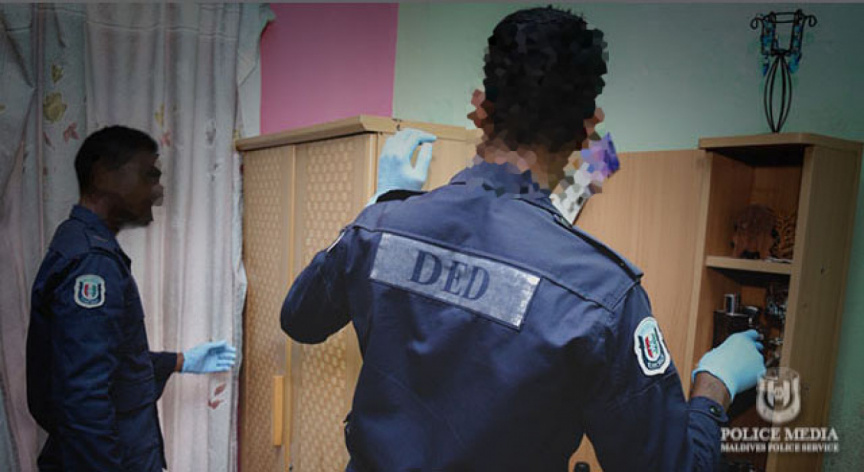 A woman has been arrested from a house in Maafannu of Male' city after she was found selling drugs.

Police stated that its Drug Enforcement Department was acting on information it received and arrested a 30-year-old woman around 12:45 yesterday. A search of her residence under a court order found seven rubber packets and a small size plastic bag containing suspected drugs among other items of similar nature.

These items contained 75 grams of heroin and 17 grams of cannabis according to the authorities. Police are further investigating the matter.