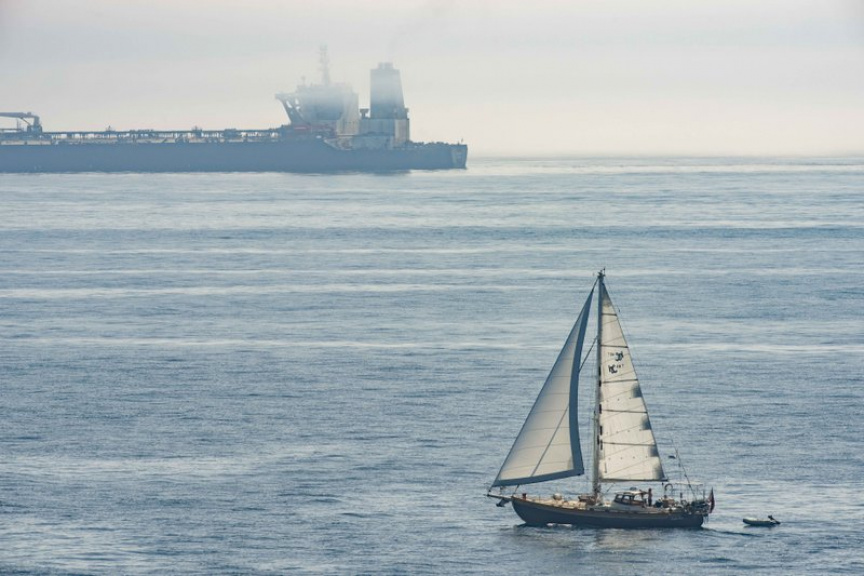 A view of the Grace 1 supertanker in the British territory of Gibraltar, Friday, Aug. 16, 2019 as a sail boat passes by. (AP Photo/Marcos Moreno)

The U.S. government says it has a warrant to seize an oil tanker at the center of a diplomatic standoff because of violations of U.S. sanctions, money laundering and terrorism statutes.

The U.S. attorney’s office in Washington says a seizure warrant and forfeiture complaint were unsealed Friday.

The U.S. is seeking to take control of the oil tanker Grace 1, along with all of the petroleum aboard and $995,000. The ship is now in Gibraltar.

The U.S. alleges a scheme to unlawfully access the U.S. financial system to support shipments to Syria by Iran’s Islamic Revolutionary Guard Corps. The corps has been designated by the U.S. as a foreign terrorist organization.

Court documents allege the ship made deceptive voyages and a network of front companies helped launder millions of dollars.

Iran tanker sought by US heads to unknown destination