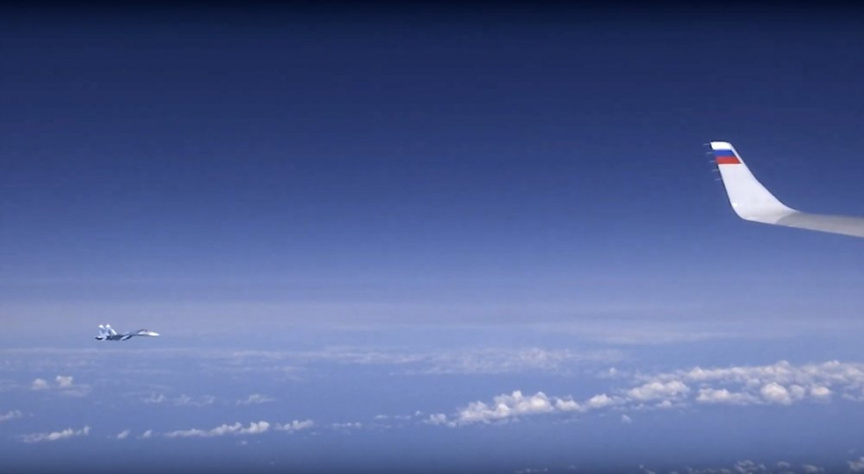 State-owned news channel Rossiya 24 broadcast a video of the in-flight encounter over the Baltic Sea shortly after Defense Minister Sergei Shoigu returned to Moscow from a visit to Russia’s westernmost Baltic exclave of Kaliningrad.

The footage showed a Russian Su-27 maneuvering to drive off an F-18 fighter that flew close to the minister’s plane.

Russian news agencies carried a NATO statement saying warplanes of the Western military alliance moved to identify a Russian aircraft over the Baltic Sea without knowing Shoigu was on it.

A similar incident occurred in 2017, when a Polish F-16 fighter approached Shoigu’s plane over the Baltic Sea and a Russian jet pushed it away.

There have been frequent encounters between Russian and NATO aircraft in recent years as both sides have increased military patrols amid growing tensions.

Some of the encounters trigger mutual accusations of pilots performing unsafe maneuvers.

Russia: No signs of crime in Navalny coma case so far