President: Policies must be based on creating responsible youths 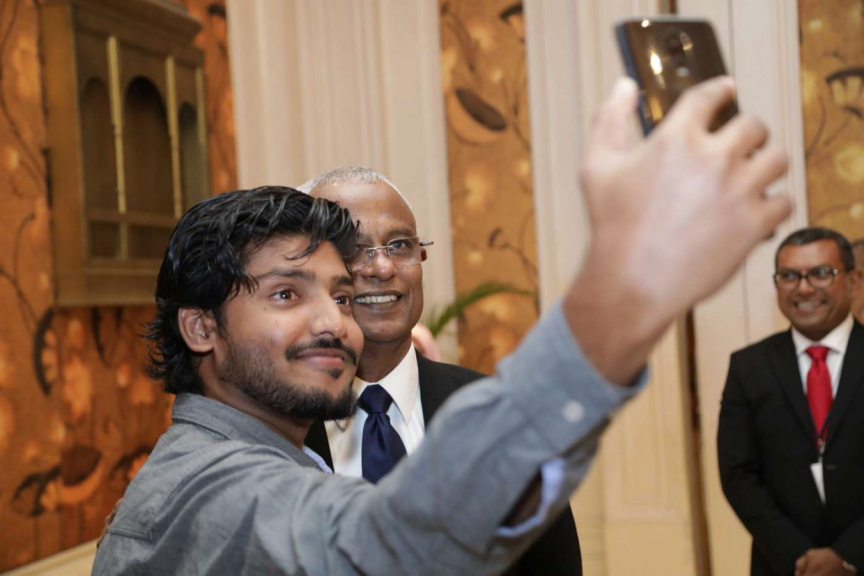 President Ibrahim Mohamed Solih has stated that government policies must be based on creating responsible youths and that it is the key to improving and restoring and rebuilding the country.

The president stated so in the address he gave to commemorate International Youth Day. He also reminded everyone that Maldivian youths were lucky when considerin the conditioning of the world today.

"Maldivian youths have the opportunity to build a healthy life and gain education from the country and even abroad from their beginning to the end of their youth," said the President.

The country needs well educated, innovative and creative youths with a good sense of conduct etiquette and responsibility, stated the President.

"All government policies will be based and implemented on these targets. We want to leave the country in the hands of a generation that is full of love for the country and fight for justice and develop and take the country further," said the President.

The key to improving the country lies in these policies based on youths according to the President and he stated that he is hopeful that youths will take advantage of these policies by the government.

"Every achievement for youths in their lives is a development for the country. The development and improvement of the country lie on your (youths) responsibility," said the President.