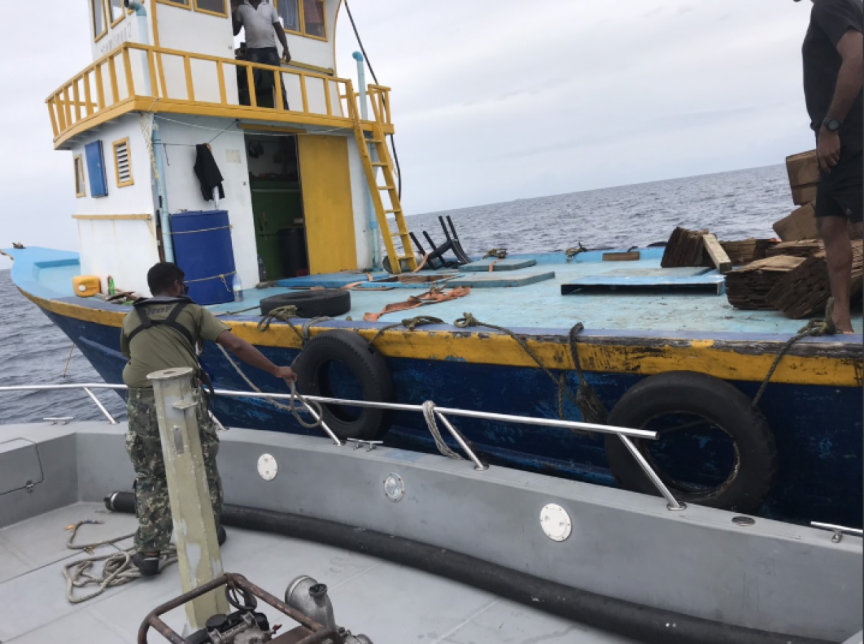 A cargo boat has overturned at sea near Kaafu Atoll Maahal.

Maldives National Defense Force (MNDF) stated that it had received a report of the boat named "Samora 2" overturning near Maahal around 10:30. The boat had been traveling to K. Kagi. MNDF has stated that it's Male' area squadron was at the scene now.

There were four people on board the boat when the incident happened consisting of three foreigners and one Maldivian.

Cargo from the boat that fell into the ocean during the incident is being carried by the current, which has prompted the authorities to issue warnings to other boats traveling through the area.