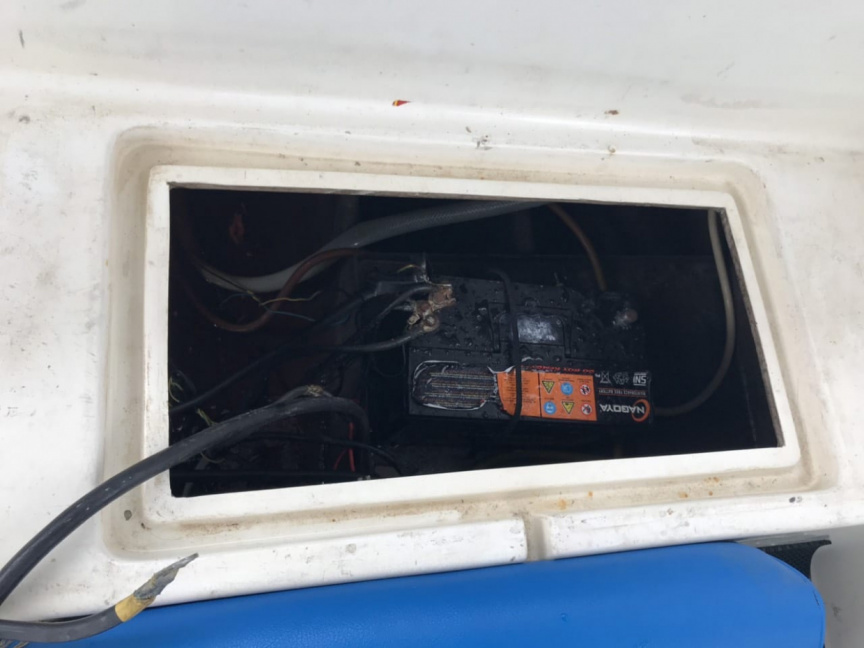 A battery explosion on a speedboat anchored in G.A Gemanafushi harbor has left two people with burn injuries.

The incident happened around 10:00 in the morning and police stated that two people were treated for burn injuries at the Gemanafushi health center. Their injuries were not severe but the speedboat sustained some damage due to the explosion.

Gemanafushi Council president stated that one of the men jumped into the water after catching fire from the explosion while the other jumped on to the jetty. Both of them suffered burn injuries to their feet and hands and are currently receiving treatment.