The story of Adeeb's audacious escape; a failure by authorities? 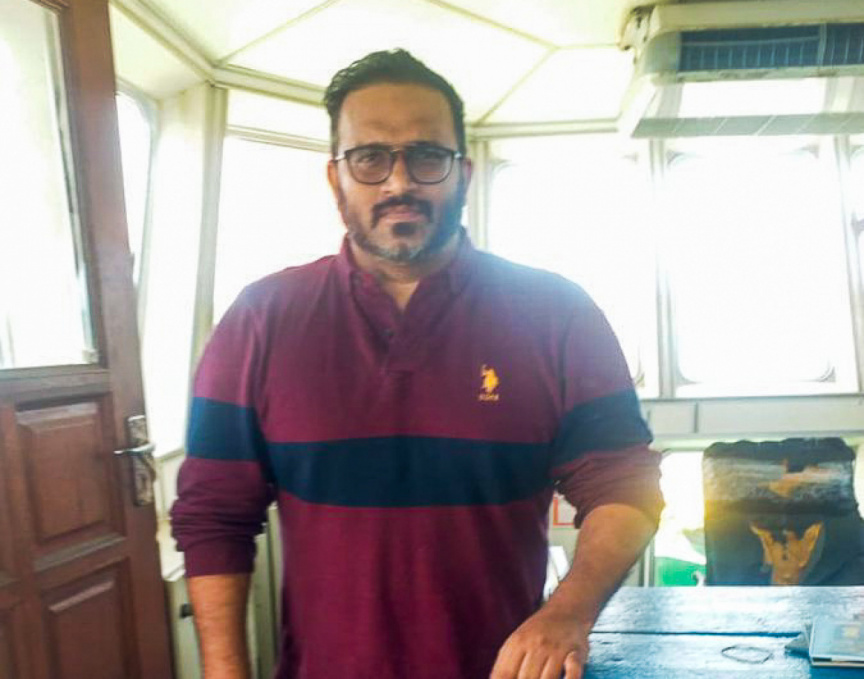 Former Vice President Adeeb was arrested on a tugboat while trying to enter India illegally.

The story on everyone's lips today is the escape of former Vice President Ahmed Adeeb. Once a strong and influential man in Maldivian politics synonymous with power, Adeeb was arrested yesterday while trying to illegally enter India through the port of Tuticorin in Tamil Nadu state.

An attempted escape worthy of a movie, the news caught the eyes of everyone, including Maldivian authorities who were reportedly in the dark about these events, Adeeb was arrested on a tugboat of the coast of India by Indian authorities.

While Maldivian authorities have stated that they are working on bringing him back and would punish those who aided his escape, his means of escape and the chances of him returning to the Maldives are worthy of taking a closer look at.

The public was in the dark about the fact that Adeeb had even escaped until yesterday morning. And as the news reports started flowing in most were surprised to learn that he had escaped on Saturday.

He was scheduled to appear for the investigation into the MMPRC corruption scandal yesterday. He had informed the police beforehand that he would be spending the weekend at a resort with his family and would not be in Male'.

Adeeb was not under house arrest and his only restriction was that he was not allowed to travel abroad. The Supreme Court of the Maldives had issued an order to hold Adeeb's passport.

It was Indian news agencies who first reported on Adeeb's arrest. Reports surfaced that it was one of the crew members who informed the authorities of Adeeb's presence on board. The tugboat that Adeeb was on named as "Virgo-09" had nine Indonesian nationals and one Indian on board apart from Adeeb. According to the Indian news agencies, Adeeb boarded the boat under the pretext of returning to India to continue his medical care.

A news agency based in Mumbai reported that due to the presence of an extra passenger on board the boat, the crew informed the boats' agents. That was when the boat's agent brought it to the attention of the Indian police and customs. Adeeb is now in the custody of the Indian authorities who are questioning him regarding the events in the port of Tuticorin.

Virgo-09 is a boat that transports construction materials between Maldives and India. The Singapore flagged boat has traveled to the Maldives on previous occasions as well. The boat had been anchored near K. Feydhoo finolhu and K. Dhoonidhoo before sailing towards Tuticorin, India on Saturday.

The exact time of its departure is still not clear and tracking data of the boat was not available after its departure from the Maldives. A shipping and sailing expert who spoke to "Sun" stated that this was a journey of roughly 65 hours or three days with the boats estimated speed being around 6-4 nautical miles per hour. The port of Tuticorin is 380 miles away from the Maldives.

Adeeb has applied for political asylum in India according to the London-based Guernica 37 International Justice Chambers which has also called on the Indian government to process and accept the asylum request.

The legal chambers have published a statement accusing the authorities in the Maldives of trying to force Adeeb to sign documents in return for medical care. It also states that he has been accused of unproven crimes for which he should not be held responsible for.

The International Justice Chambers has asked the Indian Government to uphold the rights of an individual over the close diplomatic relations between the  Maldives and India and called for the UN's Commission for refugees to intervene and aid Adeeb in this case.

The spokesperson of India's External Affairs Ministry Raveesh Kumar has stated that Adeeb was currently being detained in the port of Tuticorin and due to the fact that Adeeb did not have the permission to enter India legally, and that he did not have any of the required documents with him, that they do not plan on letting Adeeb enter the country. India has designated points of entry into the country, and the port of Tuticorin that Adeeb tried to enter was not one.

This whole fiasco raises just as many questions as at the end than it does in the beginning. How was Adeeb allowed to escape? Who is responsible for this? Did he have people helping him from inside as per some suggestions? How would the government react to this? Is this a glaring failure of Maldivian authorities? Would India allow him to remain in the country per the international conventions that the International Justice Chambers have cited? And if so, what would be the repercussions of this to the India-Maldives relations?