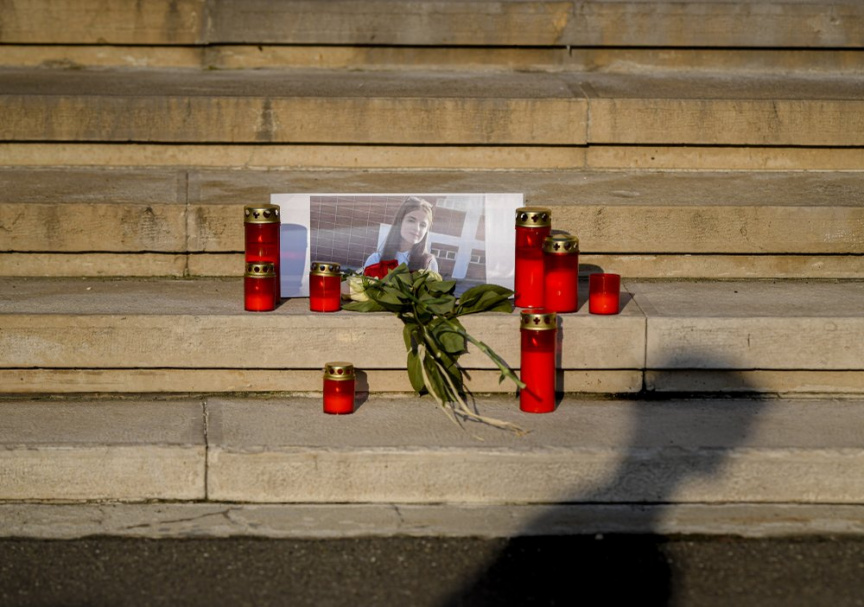 A man casts a shadow outside the Interior Ministry, in Bucharest, Romania, Friday, July 26, 2019, next to flowers and candles placed in memory of a 15 year-old girl, killed after after police took 19 hours to locate her after she was kidnapped by a man in southern Romania. (AP Photo/Andreea Alexandru)

BUCHAREST, Romania (AP) — The chief of Romania’s national police was fired Friday night over the handling of the kidnapping of a 15-year-old girl, who was raped and killed in the southern city of Caracal.

Interior Minister Nicolae Moga removed Police Chief Ioan Buda after police took 19 hours to locate the girl, who reportedly called the country’s emergency number three times saying she had been beaten and raped by a man who picked her up in his car as she was hitchhiking to Caracal from a nearby village.

Romanian media reports said the first emergency call was placed shortly after 11 a.m. Thursday. The reports said police finally identified the location where the girl was kept at 3 a.m. Friday but didn’t move in for three more hours because of legal procedures.

Media reports quoted witnesses as saying officers found charred remains on the property along with bits of clothing and pieces of jewelry. Authorities said a man had been detained.

Romanian President Klaus Iohannis said the case will be analyzed next week at the next scheduled meeting of the National Security Council. He criticized police for “mistakes and hesitations” in pursuing the case and called for “harsh punishment” of all found at fault.

2 US teens jailed in Italy in policeman’s killing