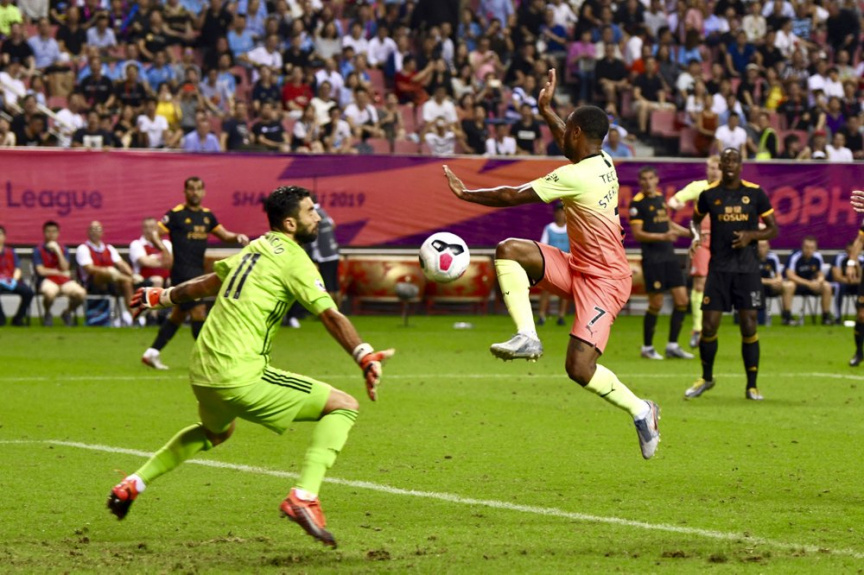 Wolverhampton Wanderers beat the Manchester City in the final by 3-2 in the penalty shoot-out. (Chinatopix Via AP)

China’s state-run news agency Xinhua published an editorial in English that criticized the conduct of the team during the Premier League Asia Trophy in Nanjing and Shanghai.

The editorial was headlined “Chinese fans’ love for Man City goes unreciprocated on home soil” and accused the club of visiting China only to “win wallets, not hearts and minds.”

It also said City had “an attitude of arrogance” and that while the other clubs involved in the event won “a new-found respect and new fans,” City would “leave China with neither.”

However, Guardiola said those claims were simply “false.”

“To make a statement like this they have to know exactly what happened here in our club,” Guardiola said during a news conference in Hong Kong, where his team will play another friendly on Wednesday. “We had an incredible time in Shanghai. We were committed to the co-operation you have to do here in China. The people from the hotel, all the people, were asking us to do things and we were ready to do that. To come to Asia and experience the culture, the restaurants — it’s amazing to get to know other people. That’s why I can’t understand what people are saying. Maybe one journalist is a bit upset, I don’t know why — but it’s far away from the reality.”

City arrived late in Shanghai after its flight was delayed by two days, then traveled by train by Nanjing for a game against West Ham, before playing Wolverhampton in Shanghai last Saturday.

It will play Kitchee in Hong Kong on Wednesday before wrapping up its Asian tour with a game in Tokyo on Saturday.

“Every time we got back from training to the hotel we embraced the fans, we signed signatures, we said our goodbyes. I thought there was a really good connection,” Sterling said. “We came a little bit later than we expected to China, the turnaround was a bit faster and a few of us struggled with sleep but I thought China was a great experience. You ask the boys, they all loved it.”