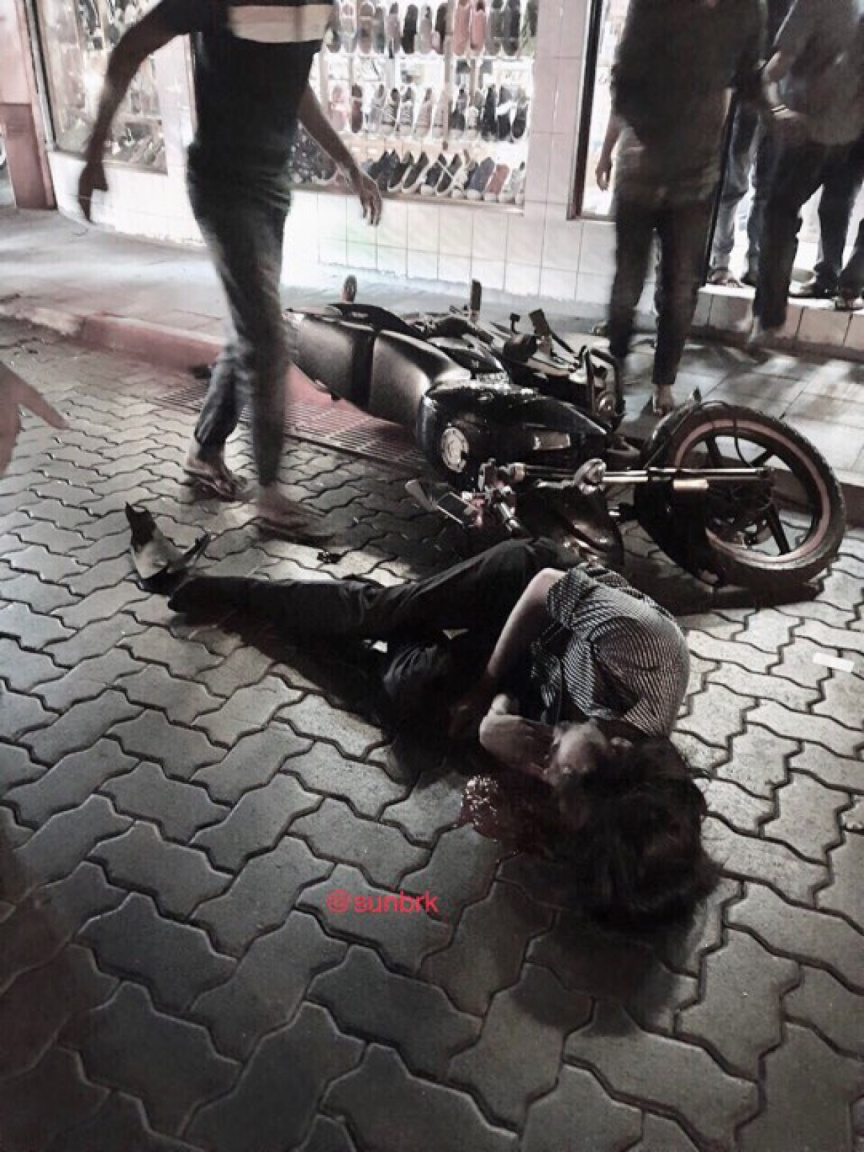 A man lays injured in a traffic collision in Male' City on July 14, 2019. (Photo/Sun/Mohamed Muzain Nazim)

Indhira Gandhi Memorial Hospital confirms one of the men injured in the traffic collision in the early hours of this Sunday is under treatment at the emergency room of the hospital.

The hospital reports the condition of the man, identified as a migrant, is showing signs of improvement.

Two were injured in the collision; a Maldivian male and a foreigner.

One of the Maldivians fled the scene leaving the injured behind.

The Maldivian victim was also initially taken to IGMH, but transferred to ADK Hospital of his own volition.

IGMH has declined to disclose details of either patient’s injuries without their consent.

Unlicensed driving at an alarming high