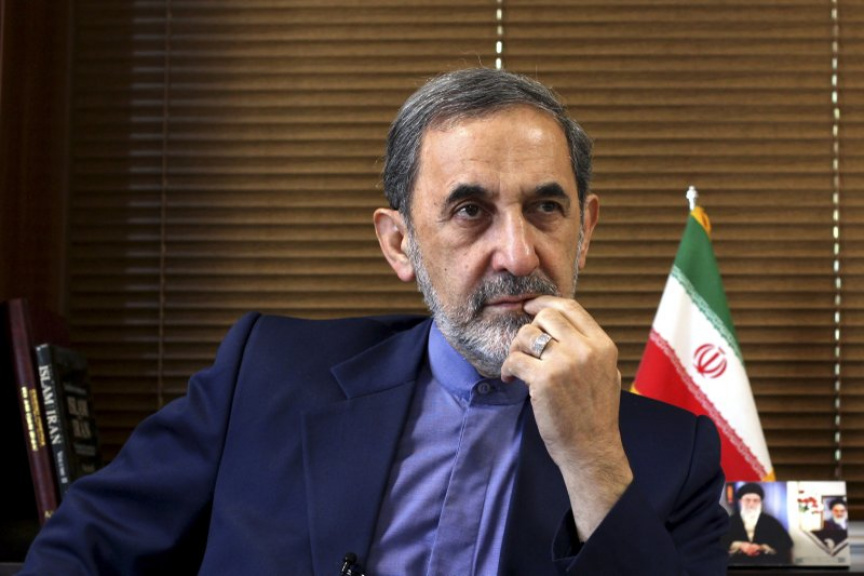 TEHRAN, Iran (AP) — A top aide to Iran’s supreme leader says the Islamic Republic is ready to enrich uranium beyond the level set by Tehran’s 2015 nuclear deal, just ahead of a deadline it set Sunday for Europe to offer new terms to the accord.

A video message by Ali Akbar Velayati included him saying that “Americans directly and Europeans indirectly violated the deal,” part of Tehran’s hardening tone with Europe. European parties to the deal have yet to offer a way for Iran to avoid the sweeping economic sanctions imposed by President Donald Trump since he pulled the U.S. out of the accord a year ago, especially those targeting its crucial oil sales.

All this comes as America has rushed thousands of troops, an aircraft carrier, nuclear-capable B-52 bombers and advanced fighter jets to the Mideast. Mysterious oil tanker attacks near the Strait of Hormuz, attacks by Iranian-backed rebels in Yemen on Saudi Arabia and Iran shooting down a U.S. military drone have raised fears of a wider conflict engulfing the region.

In the video, available Saturday on a website for Supreme Leader Ayatollah Ali Khamenei, Velayati said that increasing enrichment closers to weapons-grade levels was “unanimously agreed upon by every component of the establishment.”

“We will show reaction exponentially as much as they violate it. We reduce our commitments as much as they reduce it,” said Velayati, Khamenei’s adviser on international affairs. “If they go back to fulfilling their commitments, we will do so as well.”

Europe is struggling to salvage the 2015 accord against the odds.

French President Emmanuel Macron spoke for more than an hour Saturday with Iranian President Hassan Rouhani, and said they are trying to find a way by July 15 to resume international dialogue with Iran.

Under the atomic accord, Iran agreed to enrich uranium to no more than 3.67%, which is enough for peaceful pursuits but is far below weapons-grade levels of 90%. Iran denies it seeks nuclear weapons, but the nuclear deal sought to prevent that as a possibility by limiting enrichment and Iran’s stockpile of uranium to 300 kilograms (661 pounds).

On Monday, Iran and United Nations inspectors acknowledged it had broken the stockpile limit. Combining that with increasing its enrichment levels narrows the one-year window experts believe Iran would need to have enough material to build a nuclear weapon, if it chose to do so.

“This would be a very worrisome step that could substantially shorten the time Iran would need to produce the material needed for nuclear weapons,” said Miles Pomper, a senior fellow at the Middlebury Institute of International Studies’ James Marin Center for Nonproliferation Studies. “Both Iran and the Trump administration should be looking for ways to de-escalate the crisis, rather than exacerbate it.”

It remains unclear to what level Iran will choose to up its uranium enrichment. However, Velayati in his remarks made reference to 5% enrichment.

“For Bushehr nuclear reactor we need 5% of enrichment and it is a completely peaceful goal,” he said. Bushehr, Iran’s only nuclear power plant, is now running on imported fuel from Russia that’s closely monitored by the U.N. International Atomic Energy Agency.

Iran stopped producing uranium enriched above 5% in January 2014 amid negotiations for the nuclear deal.

Outside of Bushehr, higher-enriched uranium could be used for naval ships and submarines, something Iran has said it would want to pursue. Iran’s nuclear chief Ali Akbar Salehi said in 2016 that nuclear power plants for naval vessels need uranium enriched to at least 5%.

The U.S. said its ambassador to international organizations in Vienna, Jackie Wolcott, had requested a special meeting of the IAEA to discuss its “latest, concerning report on the Iran regime’s nuclear program.” That meeting is planned for Wednesday.

Iran’s diplomatic mission to Vienna, where the IAEA is based, called the U.S. move “a sad irony” as America had unilaterally withdrawn from the deal a year ago.

Meanwhile Saturday, the hard-line Kayhan newspaper demanded revenge over the seizure of an Iranian oil tanker off Gibraltar that had been heading to Syria.

Authorities in Gibraltar said they seized the Grace 1, believed to be carrying over 2 million barrels of oil, over European Union sanctions on Syria — though Spain said the seizure came at the request of the U.S.

“Seizure of U.K. oil tanker is the only way to confront pirates of the Queen,” Kayhan blared in a front-page headline, echoing a suggestion Friday by a former Revolutionary Guard chief.

Iran says UAE-Israel deal a ‘stab in the back’

Iran says ready to negotiate if US lifts sanctions