President: Luthfee will not be pardoned 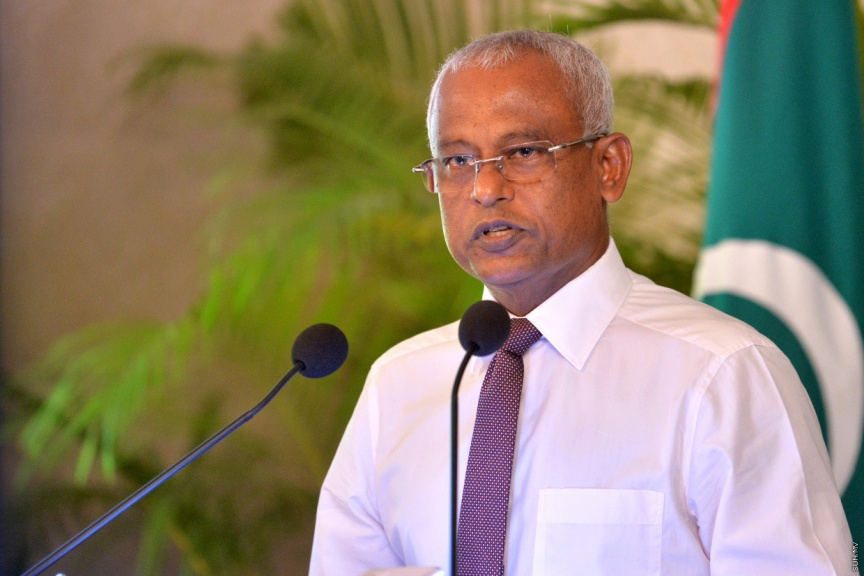 President Ibrahim Mohamed Solih says that Abdulla Luthfee – the mastermind behind the terror plot of November 3, 1988 – is the nation's biggest criminal, and will not be issued a pardon.

Solih made the remark at a press conference held at the President’s Office this Thursday afternoon.

Luthfee was serving a life sentence for the crime but went on the run after getting approved a medical furlough to travel to Sri Lanka on January 16, 2010.

He surrendered to officials at the Maldivian embassy in Colombo on May 1 amid security sweeps in the country following the Easter bombings on April 21.

Speaking to press, Solih said Luthfee is currently in custody of Maldives Police Service at an undisclosed location.

He said the Criminal Investigation Department of Sri Lanka took a statement from Luthfee and gave its consent for Luthfee’s extradition last Wednesday.

He said Luthfee will be extradited as soon as the Maldivian administration receives a document from the Sri Lankan Attorney General’s Office, "which may be issued at any moment now".

When questioned regarding his opinion on sentiments expressed by parliamentarians from his own party who recently advocated that Luthfee be granted clemency based on his age and ailing health, Solih responded that Luthfee was the nation’s biggest criminal, and that he will have no choice but to serve his sentence.

Solih said he will not issue Luthfee a presidential pardon.

Solih’s administration is currently under fire for failing to publicly release information regarding Luthfee’s surrender until after the it was leaked to the local press on June 23 – weeks after his surrender.

Answering questions regarding the delay in release of the information, Solih said the administration’s biggest priority had been to secure Luthfee and initiate the extradition process.

Construction of Greater Male’ bridge to begin in 2020