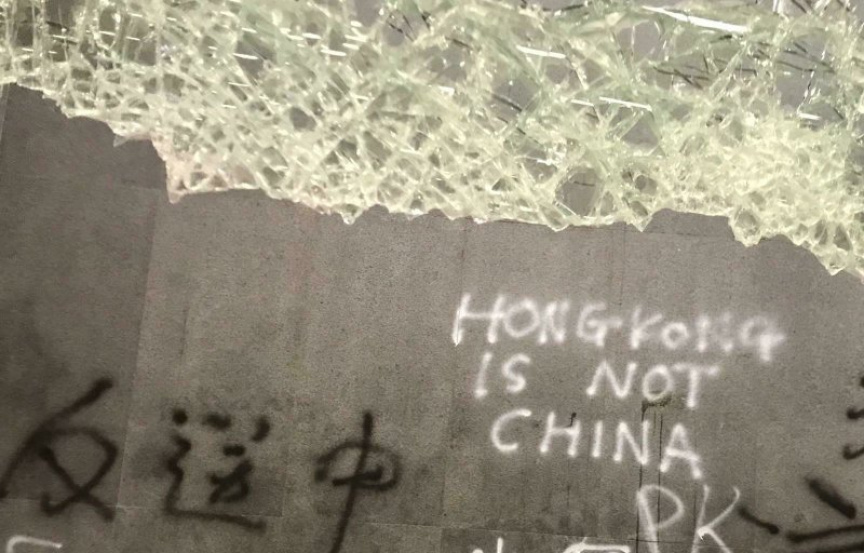 Damage to the Legislative Council following a break-in by protesters is seen during a media tour, Wednesday, July 3, 2019, in Hong Kong. Chinese characters read "No Extradition to China." (AP Photo/Johnson Lai)

HONG KONG (AP) — A Hong Kong pro-democracy lawmaker is expressing fears that the situation could worsen after police announced the arrests of more than a dozen people following protests earlier this week.

Police have arrested 12 people who tried to disrupt a ceremony Monday marking the anniversary of Hong Kong’s return from Britain to China in 1997. Another person was arrested for involvement in the storming of the legislature building that night.

A second pro-democracy lawmaker told reporters that the legislature would not be able to meet for three months because of the extensive damage by the protesters. Helena Wong says that the fire prevention and electronic voting systems were destroyed.