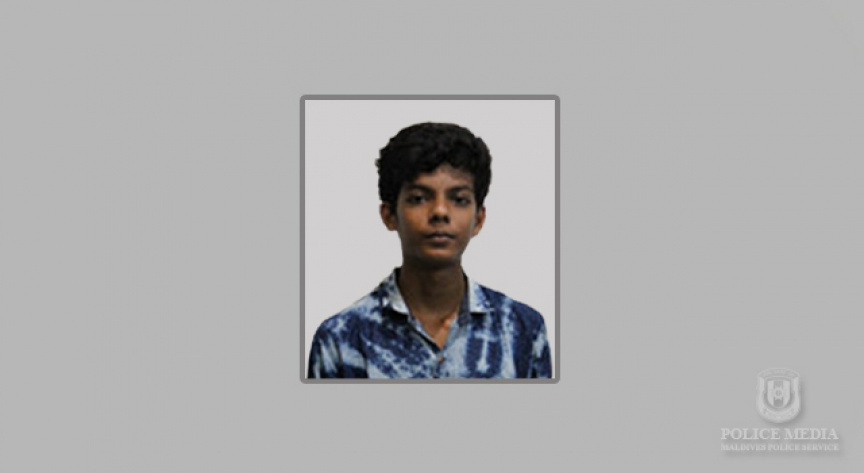 Maldives Police Service has promised action against the people involved in hiding Abdulla Shaim, 14, who went missing while in State custody at a children’s shelter in June.

Shaim ran away from the children’s shelter in Vilimale’ on June 18, where he was kept on a temporary basis when both his family members or his foster family refused to take responsibility for his care.

The police found him from a private residence located on Buruzumagu, in the Maafannu district of Male’ City, on Monday, July 1.

A police spokesperson reported this Tuesday that Shaim’s escape is under investigation by the agency. He also said the police will take action against any persons who are found to have knowingly hidden Shaim from the authorities.

The spokesperson confirmed the police have made no arrests in connection to the case, as of yet.

Speaking at a press conference last week, Shidhatha Shareef said that the staff at the children’s shelter were not trained to deal with a “troubled” boy such as Shaim, but conceded that the State had been negligent, leading to his disappearance.