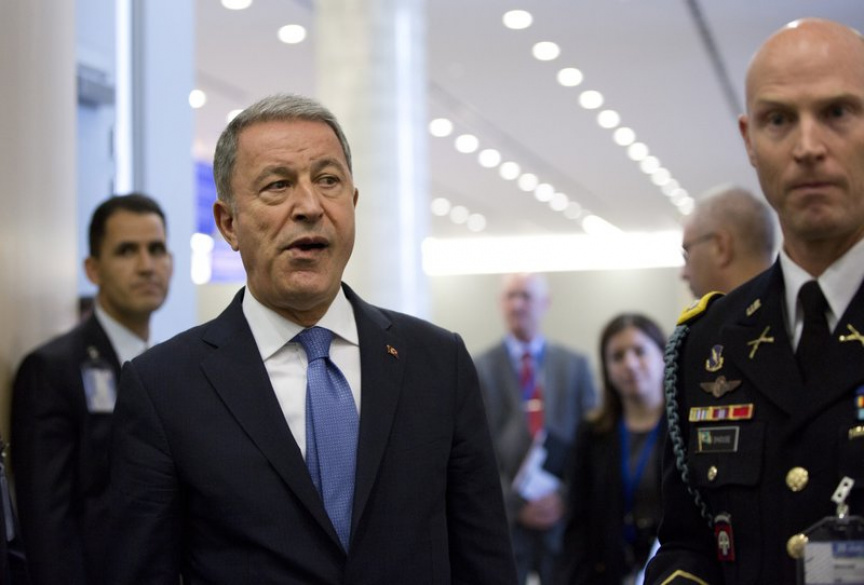 ISTANBUL (AP) — Turkey said Sunday that six of its nationals were being held by a Libyan force and vowed to respond to any attacks on its vessels or interests.

The Turkish Foreign Ministry said in a statement it would consider Field Marshal Khalifa Hifter’s “illegal militia forces” to be “legitimate targets” if the Turks are not released.

Earlier, Turkish Defense Minister Hulusi Akar said there would be “heavy” consequences to any “hostile attitude or attacks.”

Akar said Turkey was in Libya to support “regional peace and stability.” His comments were carried by the official Anadolu news agency.

The LNA controls much of eastern and southern Libya. In April it launched an offensive against Tripoli, where a weak, U.N.-aligned government is based. The LNA said in a brief statement that its air force targeted a Turkish drone near the Matiga airport, which is controlled by the Tripoli government.

The airport said all flights were cancelled after the attack. Matiga is the only functional airport in or around the capital.

Libya’s parliament, which is based in the east and allied with Hifter’s forces, barred all ministries, state institutions and banks from dealing with Turkish companies and ordered a ban on trade with Turkey.

Restaurants in the eastern city of Benghazi have started to change out Turkish names to avoid reprisal. A popular restaurant in the city, where Hifter’s forces are based, announced that it would change its name “in solidarity with our beloved country,” referring to Libya.