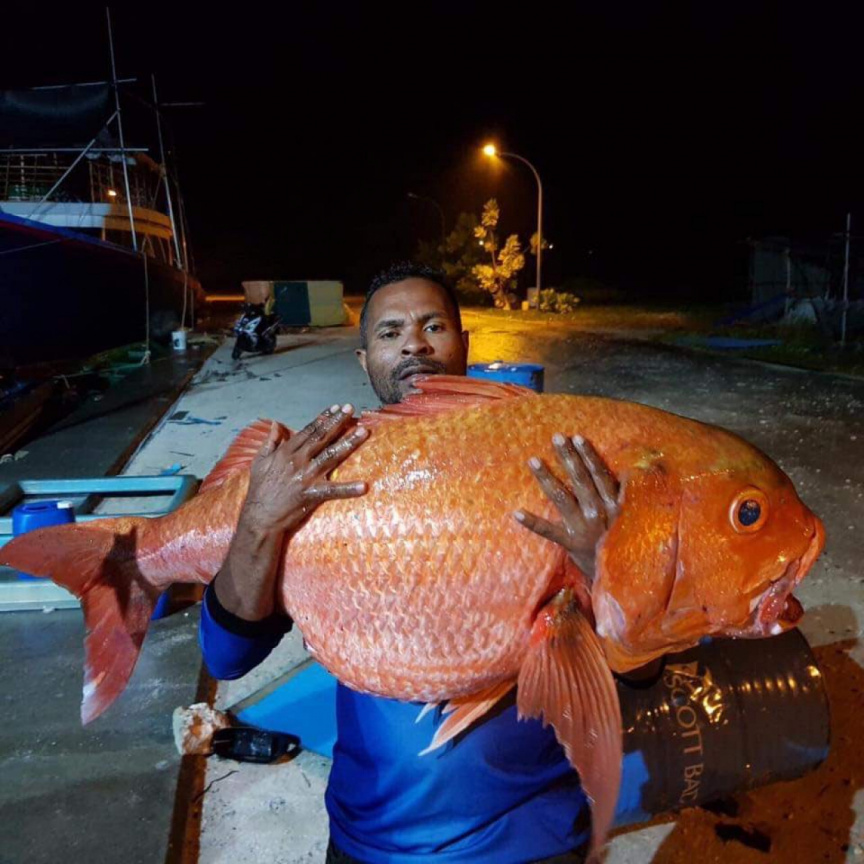 A fisherman has caught a rare 30-kilo ruby snapper while fishing off the coast of G. A. Gemanafushi.

Ahmed Manik (Amo) from Gemanafushi had made the catch last week while out fishing for reef fish.

A photo of him holding the giant ruby snapper has been shared on Dhivehi Masverin NGO’s social media pages.

Ahmed Shafiu from Dhivehi Masverin NGO reports it’s the first time for a reef fish of the size to be caught off the coast of Gemanafushi.

The giant ruby snapper which Amo caught last week was portioned off and consumed; most likely by at least a dozen people given its size.