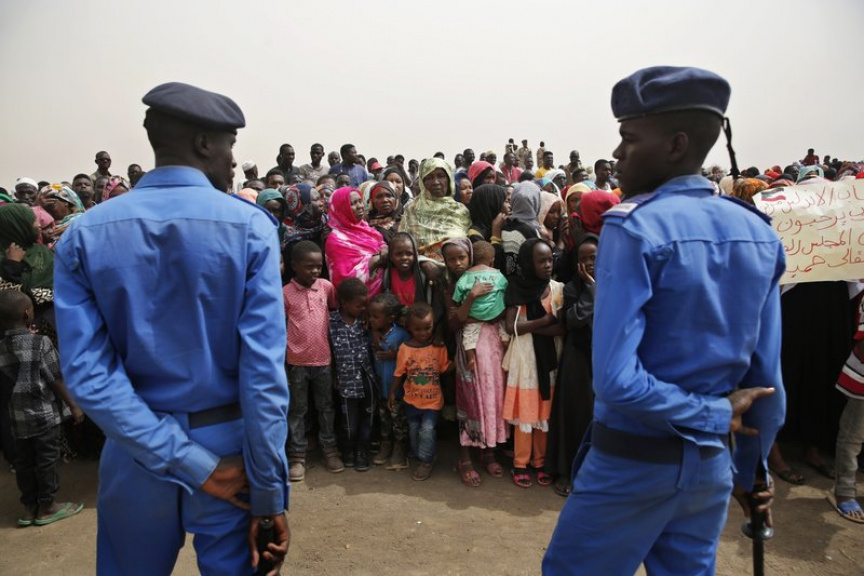 KHARTOUM, Sudan (AP) — Sudan’s ruling military council warned protest leaders Saturday that they would be held responsible for any destruction or damage by “vandals” and people “with an agenda” ahead of planned mass rallies demanding civilian rule more than two months after the military ousted autocratic President Omar al-Bashir.

The country’s pro-democracy movement called for demonstrations across the country Sunday, despite efforts by the African Union and Ethiopia to bring the generals and the protest leaders back to the negotiating table. The AU and Ethiopia have mediated between the two sides and floated a joint proposal for a transition of power.

But protest leaders said they believe the military’s comments were meant as a threat to allow them to quash Sunday’s demonstrations. The Sudanese Professionals’ Association, a leading protest organization, said security forces stormed its headquarters late Saturday and banned its planned news conference ahead of the rallies.

The protests are planned to mark the 30th anniversary of the Islamist-backed coup that brought Omar al-Bashir to power in 1989, toppling Sudan’s last elected government. The protest groups said the demonstrations would not be canceled unless the military council hands power over to civilians.

The military council warned against “any destruction or damage” to people and state institutions because of “traffic disruption or road closure” during Sunday’s rallies.

Gen. Mohamed Hamdan Dagalo, deputy head of the military council, insisted the council does not oppose the planned demonstrations.

“We are not against peaceful rallies. But there are (vandals), people who have an agenda. We do not want troubles; we do not need strife,” he told a gathering of army supporters in the capital of Khartoum.

Dagalo, better known as Hemedti, said security forces and troops would be deployed to provide “security for people, not for harassing them.”

But Mohammed Yousef al-Mustafa, a spokesman for the SPA, said the military council’s comments were a “pretext” to allow the military to quash the upcoming protests.

“For six months, our protests have been peaceful, and we did not commit any kind of terrorism, destruction or damage,” he said.

A Forces for Declaration of Freedom and Change coalition leader said AU and Ethiopian envoys had urged the protest movement to call off the rallies after the military council said it was open to resuming talks based on their joint proposal for transferring power.

The FDFC refused but agreed to turn the marches away from the military headquarters and the presidential palace in Khartoum, said the leader, who demanded anonymity to discuss inside deliberations.

The AU envoy to Sudan, Mohamed El Hacen Lebatt, on Saturday urged both sides to avoid escalation while considering the joint proposal.

Lt. Gen. Shams Eddin Kabashi, a spokesman for the military council, said the generals were ready to resume “immediate, serious and honest” negotiations to end the political stalemate.

The AU and Ethiopia roadmap was built on previous deals between the protesters and the generals but left the shares in an interim parliament open for negotiations, according to a copy of the proposal obtained by The Associated Press.

Gen. Abdel-Fattah Burhan, head of the military council, told army supporters in Khartoum’s sister city of Omdurman that the council would hand over power to the Sudanese people, “who are the true owners of the revolution.”

“Old parties are exploiting you. ... Sudanese are tired of words, no actions and false pledges,” he said.

Burhan vowed that the military council, the FDFC and other political forces would strike a deal “as soon as possible.”

Talks collapsed when Sudanese security forces cleared a protest camp in the capital, Khartoum, earlier this month. The deadly clampdown killed at least 128 people cross the county, according to protest organizers. Authorities say the toll is at 61, including three security forces.