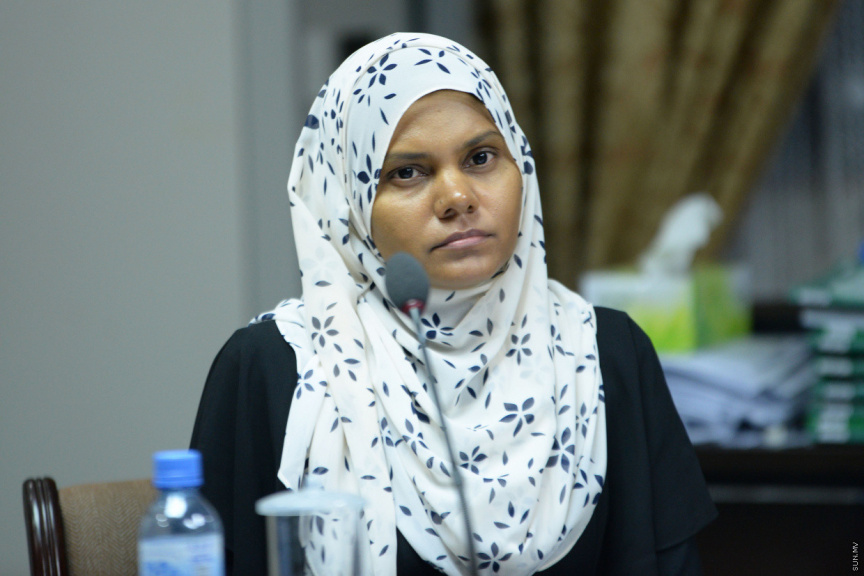 Latheefa Qasim: She lost her position as a member of JSC with the enactment of Legal Profession Act on June 27, 2019. (File Photo/Sun/Ahmed Awshan Ilyas)

Latheefa Qasim – who was elected to Judicial Service Commission (JSC) as the representative of legal community – has lost her position with the ratification of the Legal Profession Bill by President Ibrahim Mohamed Solih this Thursday.

The legislature – designed to establish and empower a Bar Council – was passed by the Parliament on Tuesday, June 25.

Article 68 (a) of the legislature establishes that the representative of lawyers at JSC must be elected from among members of the Bar Council.

And, Article 68 (b) of the legislature establishes that the current representative of lawyers at Judicial Service Commission (JSC) will lose the position once the legislature is enacted.

The law says the election to select a representative to JSC must be held within 15 days the Bar Council’s executive committee is elected.

Latheefa Qasim assumed office as a member of JSC on November 6, 2014. She was elected with 283 votes, and her closest rival, former Deputy Prosecutor General Hussain Shameem received 163 votes.

The law says the Bar Council is established the moment it is enacted.

Bar Council’s executive committee needs to be elected within 21 days the Bar Council is established.

The first election must be organized by the Elections Commission (EC).

All decisions regarding lawyers, including issuance of licenses and imposition of penalties is now within the mandate of the Bar Council.