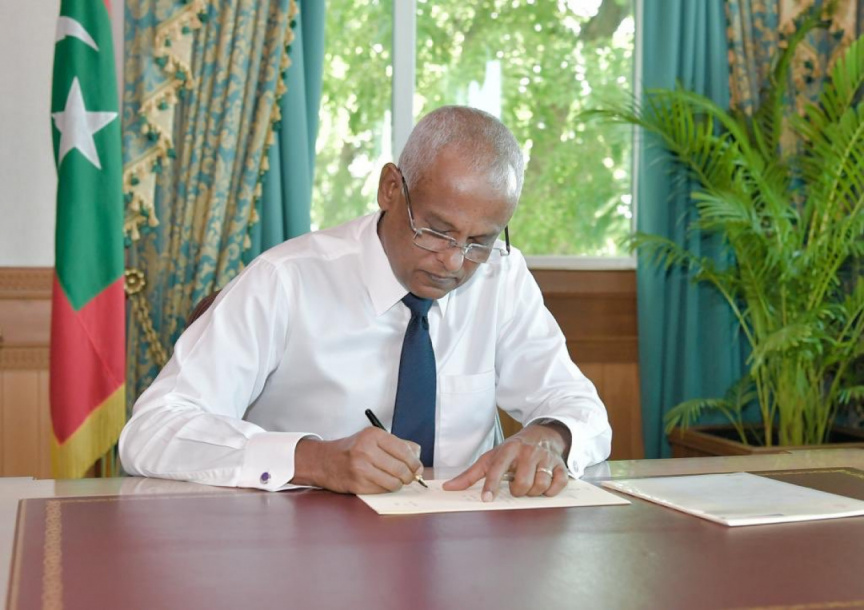 President Ibrahim Mohamed Solih, this Monday, ratified the presidential commissions bill, effectively empowering the Commission on Investigation of Murders and Enforced Disappearances and the Commission on Corruption and Asset Recovery with sweeping powers and privileges.

The sunset legislature to empower the two presidential commissions was passed with the majority vote of 62 parliamentarians on June 19.

The ratification of the legislature means the two commissions now have sweeping powers due an investigative agency as well as additional privileges.

The two commissions now have exclusive jurisdiction over the cases under their investigation and the authority to compel other investigative agencies to share information and hand over evidence.

The law requires the State to allocate funds for the two commissions when it passes its annual State budget.

The law also establishes any act of obstruction to the commissions’ investigations as a criminal offense.

The two presidential commissions were established by President Solih to fulfil two of his key presidential pledges; closure and justice to families of victims of unsolved murders and abductions, and investigation of corruption within State institutions, and recovery of embezzled State funds.

The commissions are required to submit a report on the progress of its cases both to the Parliament and the President’s Office within three months of the end of each year.