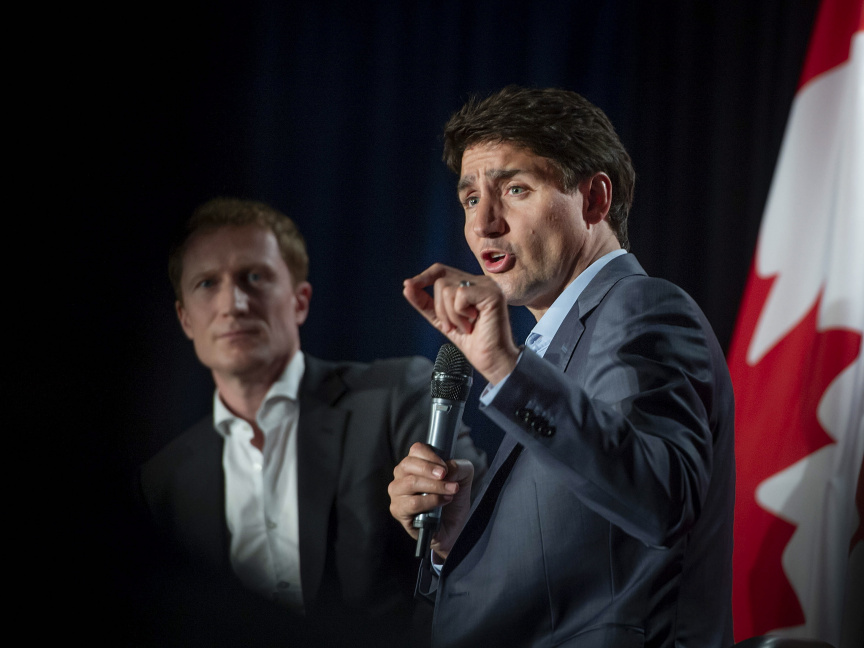 TORONTO (AP) — Canadian Prime Minister Justin Trudeau has once again approved the contentious Trans Mountain pipeline expansion that would nearly triple the flow of oil from the Alberta oil sands to the Pacific Coast.

The approval Tuesday comes 10 months after the Federal Court of Appeal halted the project and ordered Canada's National Energy Board to redo its review of the pipeline, saying the original study was flawed and lacked adequate consultations with First Nations peoples.

Trudeau's government first approved it in 2016, and he was so determined to see it built the government bought the pipeline.

The pipeline expansion would triple the capacity of an existing line to ship oil extracted from the oil sands in Alberta across the snow-capped peaks of the Canadian Rockies. It would end at a terminal outside Vancouver, resulting in a seven-fold increase in the number of tankers in the shared waters between Canada and Washington state.

It is projected to lead to a tanker traffic balloon from about 60 to more than 400 vessels annually as the pipeline flow increases from 300,000 to 890,000 barrels per day.

Trudeau said he expects shovels in the ground this summer, but it faces stiff environmental opposition from the British Columbia government and from activists.

The pipeline would allow Canada to diversify oil markets and vastly increase exports to Asia, where it could command a higher price. Canada has the world's third largest oil reserves, but 99 percent of its exports now go to refiners in the U.S., where limits on pipeline and refinery capacity mean Canadian oil sells at a discount.

"It's really simple. Right now, we basically have one customer for our energy resources, the United States. As we've seen over the past few years anything can happen with our neighbors to the south," Trudeau said.

Trudeau said every dollar Canada earns from the project will be invested in clean energy. The court said the government needed to be better, Trudeau noted. "And you know what?" he said. "They were right."

His government ordered the National Energy Board to look at marine shipping impacts; and there was another round of consultations with Indigenous communities affected by the project.

The decision is a blow for indigenous leaders and environmentalists, who have pledged to do whatever necessary to thwart the pipeline, including chaining themselves to construction equipment

Washington state Gov. Jay Inslee called the Canadian government's decision "alarming and deeply disturbing," and said he stands with the Premier of British Columbia in opposing it.

"The costs to our environment and communities are simply too high. This pipeline, if built, will impose significant negative impacts on our coastal communities, increase the risk of oil spills in our shared waters and double down on carbon-intensive fossil fuels at a time when world leaders need to double down on clean energy," Inslee said in a statement. "But this expansion is not inevitable."

Many indigenous people see the 620 miles (1,000 kilometers) of new pipeline as a threat to their lands, echoing concerns raised by Native Americans about the Keystone XL project in the U.S. Many in Canada say it also raises broader environmental concerns by enabling increased development of the carbon-heavy oil sands.

"We need to get a fair price for our country's energy to create good jobs & pay for public services," Kenney tweeted. "Approval is not construction. So now let's get it built!"

Analysts have said China is eager to get access to Canada's oil, but largely gave up hope a pipeline to the Pacific Coast would be built.