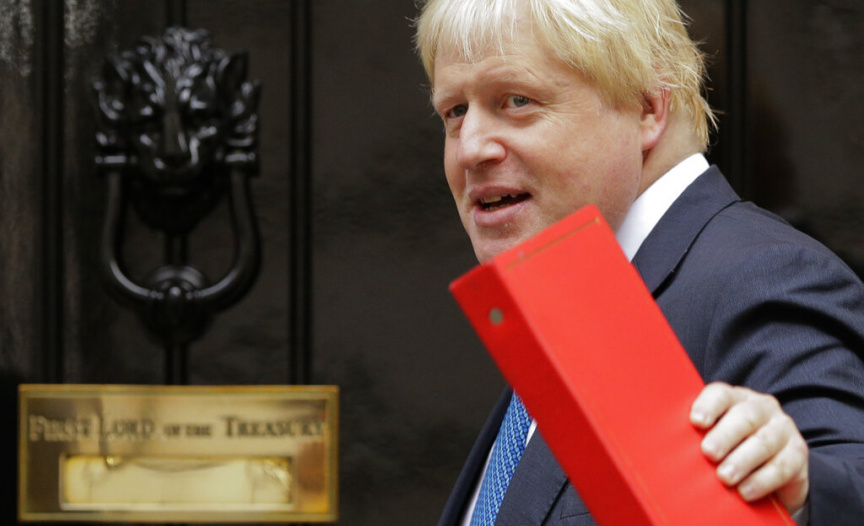 In this Tuesday, Oct. 10, 2017 file photo Britain's then Foreign Secretary Boris Johnson waves to the media as he arrives for a cabinet meeting at 10 Downing Street in London. (AP Photo/Alastair Grant, File)

Two judges on Friday threw out a lower court's ruling that Johnson should be summoned to answer questions about Brexit campaigners' claim that Britain pays 350 million pounds ($446 million) a week to the EU. The net figure Britain sends is about half that.

Activist Marcus Ball brought a private prosecution against Johnson, who helped lead the "leave" campaign, for misconduct in public office.

Johnson's lawyers argued the prosecution was politically motivated, and said the 350 million figure "was just a political claim" that voters could accept or reject.

Johnson is currently the favorite to succeed Theresa May, who steps down as Conservative Party leader Friday.

UK: Park stabbing that killed 3 was a terror attack