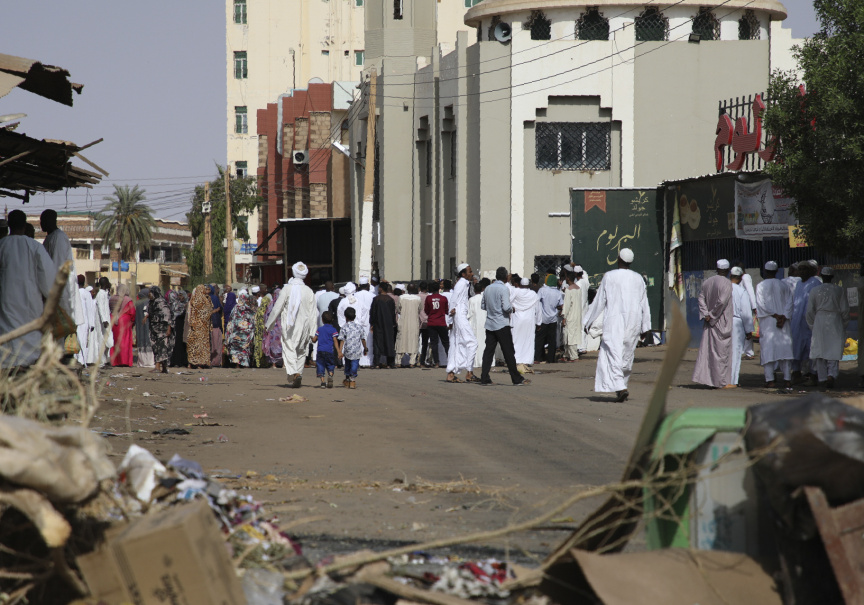 Worshippers gather at a mosque behind a roadblock set by protesters on a main street in the Sudanese capital Khartoum to stop military vehicles from driving through the area on Wednesday, June 5, 2019. The death toll in Sudan amid a violent crackdown on pro-democracy protesters and the dispersal of their peaceful sit-in earlier this week in the capital climbed on Wednesday, protest organizers said. (AP Photo)

KHARTOUM, Sudan (AP) — Ethiopian Prime Minister Abiy Ahmed is in Sudan to mediate between the ruling military and the country's protest leaders amid an army crackdown that has killed over 100 people this week.

Ahmed was met by Sudanese generals who in April ousted longtime autocrat Omar al-Bashir and took over the country.

He will hold talks separately later Friday with the Forces for the Declaration of Freedom and Change, a coalition of political groups demanding the military hand over power to civilian rule.

His visit comes after the African Union, based in Ethiopia, suspended Sudan on Thursday over the deadly crisis.

The military launched a crackdown on Monday, dispersing the protest movement's main sit-in in the capital, Khartoum.

A Sudanese medical group says 113 people have been killed in the crackdown.