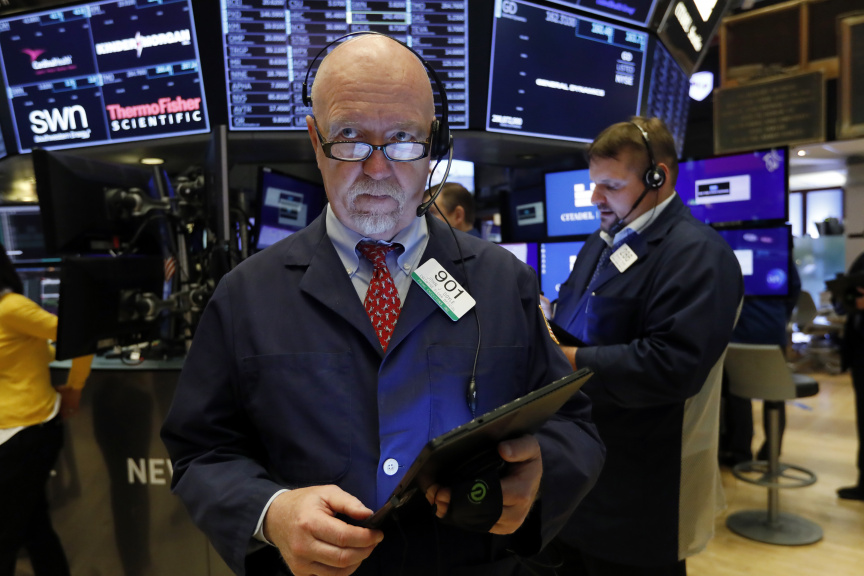 BANGKOK (AP) — Shares surged Wednesday in Asia following a rally on Wall Street spurred by signs the Federal Reserve is ready to cut interest rates to support the U.S. economy against risks from escalating trade wars.

Shares also were boosted by the Australian central bank's decision on Tuesday to trim its benchmark interest rate by a quarter of a percentage point in the first such cut in nearly three years.

Australia's economy expanded at a 1.8% annual rate, 0.4% quarterly, in the first quarter, as the doldrums in trade and the housing market were offset by large inventories, the government reported Wednesday.

But the biggest lift for regional markets came from Fed Chairman Jerome Powell's comment that the central bank was "closely monitoring" trade developments and would "act as appropriate" to sustain the U.S. economic expansion.

Investors read his remarks as a signal that the Fed will likely cut interest rates later this year.

Mexican Foreign Minister Marcelo Ebrard said Mexico can likely reach a deal with the U.S. at a meeting Wednesday. That would stave off President Donald Trump's threat to place 5% tariffs on Mexican goods beginning June 10 as part of a broader immigration dispute.

Investors have been worried the expanding conflicts between the U.S. and some of its biggest trading partners could slow U.S. economic growth and stymie corporate profits. They've been dumping stocks for the past month and fleeing to safer holdings such as bonds.

"The concern in the market is that economic data is going to worsen," said Jeff Zipper, managing director at U.S. Bank Wealth Management. "If economic data worsens, then growth slows down. So obviously a rate cut would provide liquidity into the economy and the marketplace, and that's what investors are looking at right now."

The Nasdaq composite rode the rally in technology stocks, gaining 2.7%, to 7,527.12. The index recouped losses racked up a day earlier, when tech stocks slumped over concerns that several big internet companies could face more scrutiny from antitrust regulators.

Powell didn't explicitly say what the Fed would do, but investors in the futures market are now pricing in a 59 percent chance of a Fed rate cut by July.

Robust market gains earlier this year were partly fueled by the Fed's adoption of a more patient approach to its rates policy after steadily raising rates for two years. Investors have been hoping it will go further and cut interest rates to give the economy another push.

A company of questions, in a ploy to escape the issue?

J&J to stop selling talc-based baby powder in US