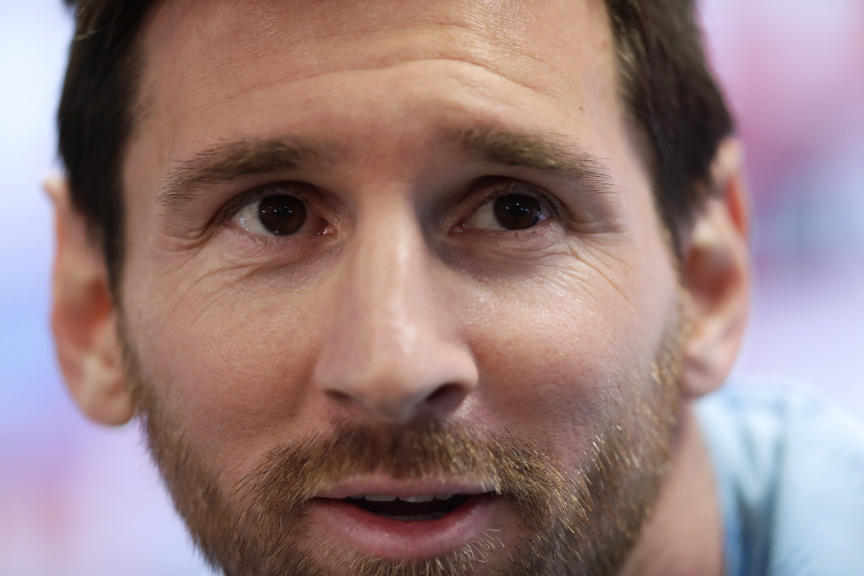 MADRID (AP) — Barcelona must apologize for its "lamentable" Champions League semifinal exit at the hands of Liverpool earlier this month, according to Lionel Messi.

In his first Barca news conference for four years, the Argentina great said on Friday: "We are still recovering from what happened in Liverpool. At least I am.

"Our performance was lamentable. It was a very tough loss for us."

Barca led 3-0 from the first leg at the Nou Camp, but then went down 4-0 in the return match at Anfield.

"We don't have to apologize for losing, but we do for not competing," Messi said of his team's second-leg collapse.

He was talking on the eve of Barca's last match of the season, the Copa del Rey final against Valencia.

Messi has often avoided reporters during his career and his previous news conference before a Barca match was in 2015, when the Catalan club faced Bayern Munich in the Champions League semis.

Barca will aim to add to its Spanish league title on Saturday, but the Champions League was its main goal this season.

"It's true that winning the double is important, but we will still have a bad feeling for that loss," Messi said. "We all had our focus on winning the Champions League, so the disappointment was that much greater."

Barca also suffered a tough exit against Roma in the Champions League quarterfinals in 2018, when it also squandered a big first-leg lead.

"We didn't think what happened against Roma could happen again," forward Messi said. "Our first leg against Liverpool wasn't too bad, but we didn't compete at all in the second."

Barca is seeking its fifth straight Copa del Rey triumph, while Valencia will try to win the tournament for the eighth time, and the first since 2008.

The final is at Real Betis' Benito Villamarin Stadium in Seville.