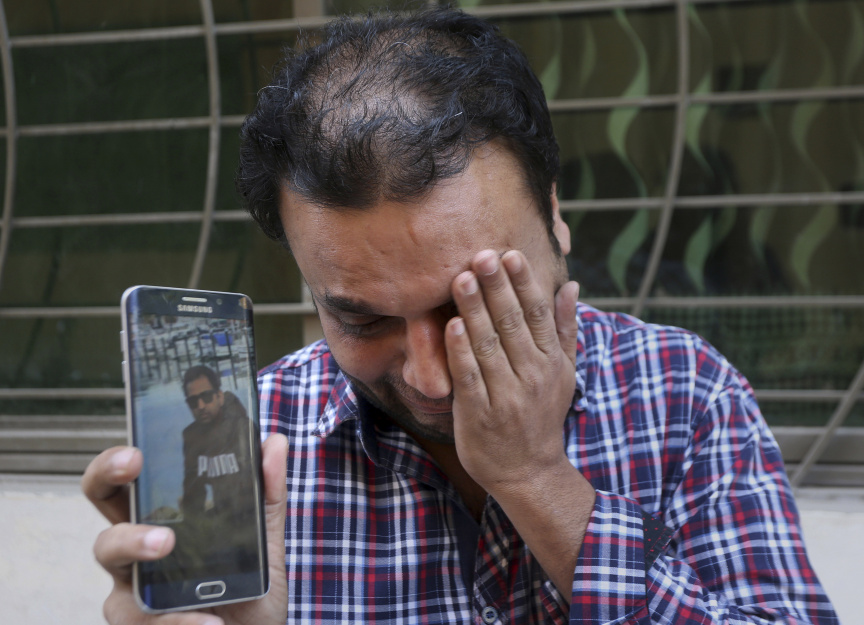 A relative weeps while showing the picture of Sohail Shahid, a Pakistani citizen who was killed in Christchurch mosque shootings, on his cell phone outside his home in Lahore, Pakistan, Sunday, March 17, 2019. (AP Photo/K.M. Chaudary)

Police say they have charged 28-year-old Australian Brenton Tarrant with engaging in a terrorist act after the March 15 shootings. The charge comes with a maximum penalty of life imprisonment and will be a test case for New Zealand's terrorism laws, which came onto the books in 2002.

Police said Tuesday that they also charged Tarrant with an additional count of murder, bringing the total number of murder charges against him to 51. That came after a Turkish man who was wounded in the attack died earlier this month in Christchurch Hospital.

Police told families and survivors of the new charges at a meeting attended by more than 200 people.

May offers vote on new referendum