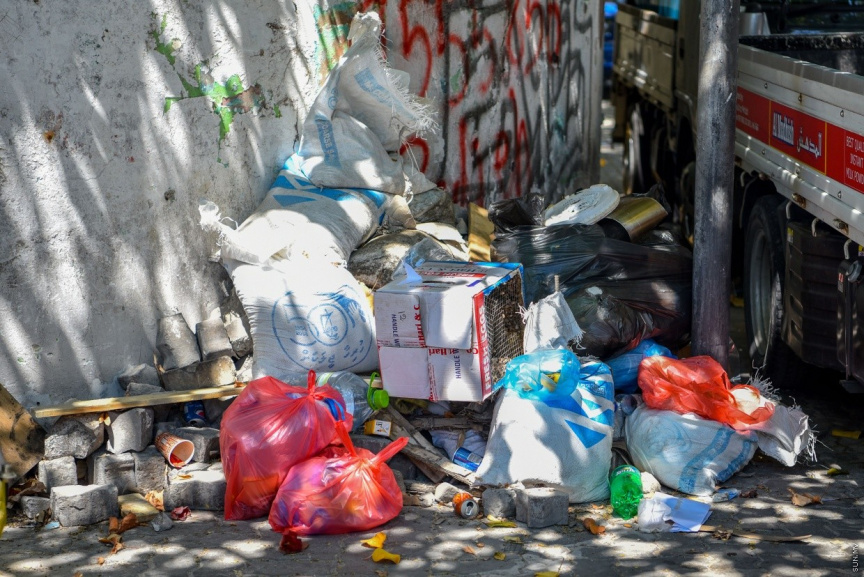 A pile of garbage dumped on a street in Male' City. (File Photo/Sun/Mohamed Afrah)

Maldives Police Service fined 17 people for violating regulations by dumping garbage on the streets of Male’ City within the last one-week period.

Weekly statistics of the Environment Police for the period from May 11-17, which was released this Monday, shows the department attended to 75 cases of improper waste management and dumping of garbage on streets during the period.

The statistics show the Environmental Police successfully resolved 61 of the cases, while 14 of the cases remain unresolved.

All 75 parties were issued verbal warnings, and the department chose to impose the waste violation fine on 17 of the parties.

The Environmental Police report the department also imposed the fine for smoking at a non-smoking area on 19 individuals and premises during the one-week period.