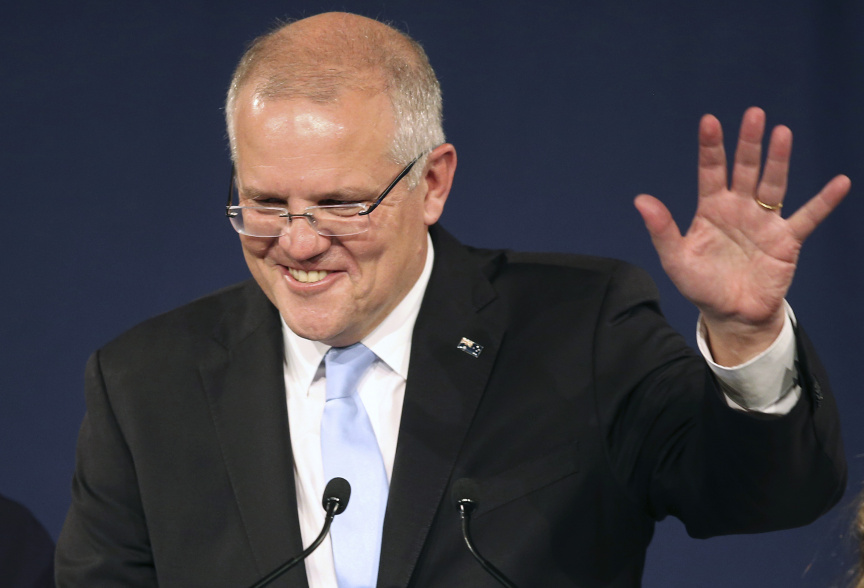 SYDNEY (AP) — Prime Minister Scott Morrison looks set to form a majority government as counting of votes from Australia's election allays fears his conservative coalition may have to rule in the minority.

With 76 seats needed for majority rule, figures from the Australian Electoral Commission on Monday showed 84 % of votes had been counted and the coalition was on target to win 77 seats, a rise of four after going into Saturday's election as a minority government with 73 seats.

The opposition Labor Party — which was widely expected to win the election — is set to claim 68 seats, with independents and minor parties taking six.