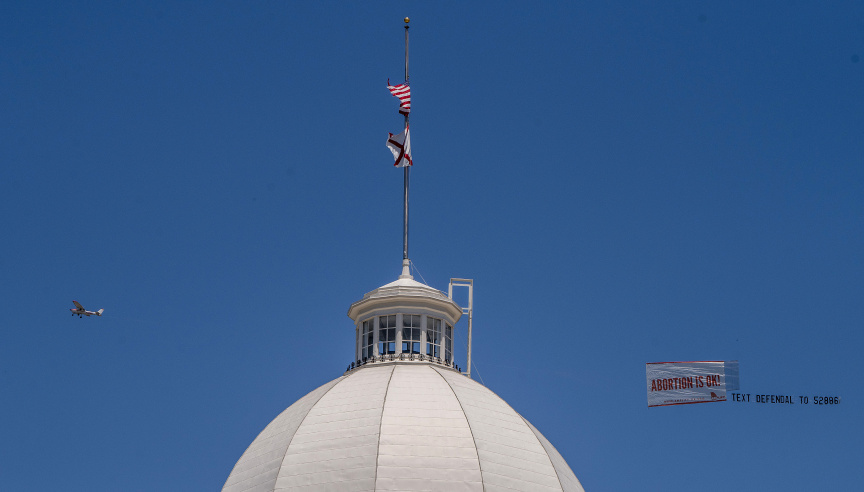 Legal abortion supporters fly a banner reading Abortion is OK over the Alabama State Capitol building in downtown Montgomery, Ala., on Wednesday May 15, 2019.

California Rep. Kevin McCarthy, the House minority leader, told reporters that the law, which doesn't allow exceptions for abortions in cases of rape and incest, "goes further than I believe."

McCarthy said he believes in "exceptions for rape, incest and life of the mother."

McCarthy wouldn't take a stand on whether the Supreme Court should strike down the measure, the strictest abortion law in the nation, if a challenge were to reach the court. Opinion polls show widespread opposition to overturning the high court's landmark Roe v. Wade decision, which could return the issue back to the states.

Republicans struggled to win over suburban women in last year's midterm elections and the controversy over abortion restrictions could prove politically troublesome.

Republicans have been on the offensive this year trying to link congressional Democrats to late-term abortion measures pushed by some of the party's most liberal forces in state legislatures such as New York's.